Lynnwood Today Editor and Publisher Teresa Wippel and her husband have lived in South Snohomish County for nearly 30 years. Teresa is also the editor and publisher of My Edmonds News and MLTnews, online community news sites for Edmonds and Mountlake Terrace.

Independently owned. Lynnwood Today was founded in 2010 by Mike Murphy and acquired by Teresa in 2013. It is supported by online advertising and reader donations, and the money raised stays in the community. Our freelance writers and photographers live in Lynnwood, Edmonds, Mountlake Terrace and nearby communities.

Community service. Teresa was raised in the small town of Ellensburg, Wash. and she understands the value of being in a community where people know your name and care about your well-being. Her dad was a local small business owner and served as Ellensburg’s mayor in the 1960s, and was always giving back to his community. Teresa also provides reduced cost or free advertising to deserving community organizations, and works with local high school and college journalism students.

Commitment to journalism. Teresa grew up during the Watergate era and was captivated by the idea that journalism could play such a key role in exposing government wrongdoing and influencing change. She wrote for her high school newspaper and was a journalism major/political science minor at Seattle University, after which she began working for community and small daily newspapers and a wire service. Journalism is an essential cornerstone to American democracy and in a small town, it connects people to their neighbors and the institutions that they value: their schools, city government and community organizations as well as activities and events.

Commitment to value for advertisers. Lynnwood Today is an incredible value for local businesses looking to get the word out about their products and services. Our readership continues to grow month-after-month and our pricing is very affordable when compared to other advertising opportunities. Please support our advertisers, and learn more about how you can advertise here.

How to connect. You can contact Teresa by emailing myedmondsnews@gmail.com or by phone at 425-772-3056.
Our guidelines for submitting news and photos

If you have news of an event you would like us to publicize or if you have a story idea for us to follow up on, here’s the best way to submit:

Our guidelines for submitting letters to the editor

If you have questions about other types of submissions not covered here, please email Publisher Teresa Wippel at teresa@myedmondsnews.com. 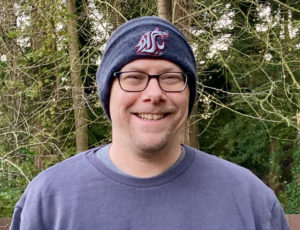 Reporter/photographer Nathan Blackwell covers the cities of Mountlake Terrace and Brier and the Edmonds School District, as well as news and features in Mountlake Terrace, Edmonds and Lynnwood. He grew up in Montana and has been happy to call South Snohomish County home for almost 20 years. He wrote for the Everett Community College newspaper The Clipper, and graduated from WSU Everett in 2020 with a bachelor’s degree in strategic communication. 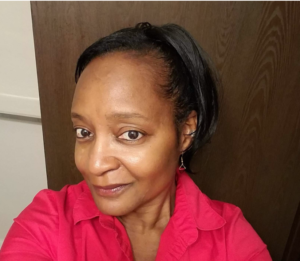 A native of Anchorage, Alaska, Misha Carter attended the drama program at Seattle’s Cornish College of the Performing Arts and is founder of the non-profit Carter Karate Institute of Peace in memory of her parents. She has dedicated her life to obliterating human injustice with her gifts for writing, photography, martial arts, and theater. A long-time Edmonds resident, she is a published author of books that include The Criminal Color, Blood White Dream of the Buffalo, and Wisdom of the Tiger. 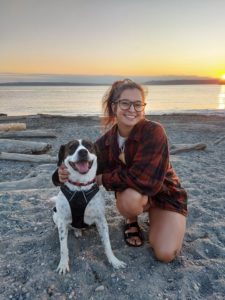 A Lynnwood resident, Lauren Reichenbach covers the City of Lynnwood and the Edmonds School District, and also writes news and features for Lynnwood, Mountlake Terrace and Edmonds. She graduated from Eastern Washington University with a bachelor’s degree in journalism, where she worked for the on-campus newspaper, The Easterner, as a co-manager and copy editor. Her dream is to become a traveling photojournalist for National Geographic, or to become a billionaire by winning the lottery. 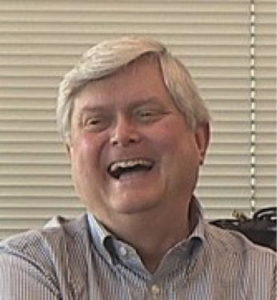 Edmonds resident Bob Throndsen’s journalism career has taken him from Portland, to Seattle, to Philadelphia and back to Seattle, where he worked at KOMO TV, retiring in 2012. He began writing for the My Neighborhood News Network in 2020, and has covered a range of important issues in the community, from the COVID-19 pandemic to policing. He and his wife Sonja have two grown and married daughters and five grandchildren. Larry Vogel covers a full range of community news and events in Edmonds, Lynnwood and Mountlake Terrace,  and has also authored a number of in-depth investigative reports. Larry also serves on the Edmonds Historic Preservation Commission, including three years as commission chair. 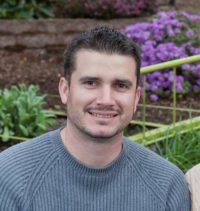 For more than 10 years, Jonah Wallace has explored the Northwest, camera in hand, pulling images of urban landscapes and wilderness alike. A Mountlake Terrace resident, he’s just as likely to be found on the sidelines of youth sporting events or a motocross track capturing tackles, goals, and muddy jumps. 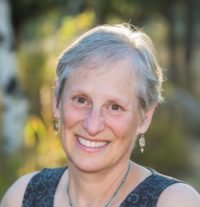 Deborah Binder is a foodie who loves to cook from scratch and share her experiments with her family and friends. She attended culinary school on the East Coast and freelances around town for local chefs. Her current interest in food is learning to eat for health and wellness, while at the same time enjoying the pleasures of the table. As Julia Child once said, “Everything in moderation including butter.” Betty Gaeng is a former long-time resident of Lynnwood and Edmonds, coming to the area in 1933. Although she now lives in Anchorage, she still writes about the history and the people of early-day Edmonds, Lynnwood and Mountlake Terrace. She is also an honorary member of the Edmonds Cemetery Board.

Kelsey Knowles, Under the Weather columnist 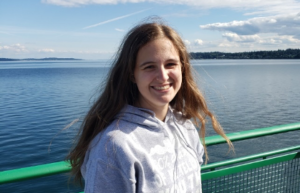 A graduate of Lynnwood High School, Kelsie Knowles is a meteorologist and recent University of Washington graduate who lives in north Lynnwood. After writing weather blogs as a KOMO News intern, she discovered a passion for writing about weather. 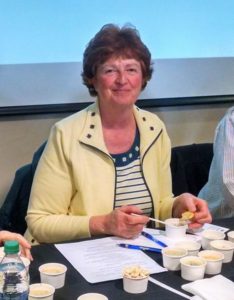 A specialty gourmet food broker for over 30 years, Kathy Passage has in-depth knowledge on food and the special qualities of ingredients used in the exquisite products she helped bring to market. Kathy brings this unique perspective from the “other side of the plate” to writing about the food and restaurant scene.

Our Code of Conduct

By registering to post on MLTnews, you agree to abide by this Code of Conduct. While our code is in fact a set of guidelines, any deliberate violation of the following points — especially those that harm other members — will result in a loss of site privileges.

MLTnews users agree to not do the following:
— plagiarize the work of others, fail to acknowledge source material, or use images that belong to others without their permission;
— abuse, threaten or verbally attack other members, individuals, or MLTnews staff. We do not tolerate bullies, and we’ll do our best to spot them and get rid of them;
— post libelous, obscene or pornographic material or content that contains racist, sexist, homophobic and other slurs;
— deliberately post stories that are untrue, false or misleading or that make false representations about the poster him/herself;

MLTnews readers will:
— be accountable for stories they post and follow up by correcting known errors;
— resist attacks, insults and threats and instead remain civil and focused on the ideas being presented rather than the individuals expressing them;
— promote interactivity and dialogue that supports real community collaboration;
— avoid the use of ALL CAPS in their comments as that is seen by others as shouting. At a maximum, we request no more than three ALL CAPS word per comment.

Our anti-flaming/baiting policy:
According to Wikipedia, “Flaming is the hostile and insulting interaction between Internet users. An Internet user typically generates a flame response to other posts or users posting on a site, and is usually not constructive, does not clarify a discussion, and does not persuade others. Sometimes, flamers attempt to assert their authority, or establish a position of superiority over other users.”

Flamers tend to end conversations by entering them; they create a hostile environment in which real discourse is quashed in favor of insults and abuse. Deciding who is or isn’t a flamer, and how that contributor will be handled, is at the final and sole discretion of MLTnews staff.

Once a user has been pinpointed as a flamer, (one or more instances of obvious flaming, and/or reported flaming from other site users), the following steps will be taken:

1. Send the user a warning indicating that they’re at risk of forfeiting their membership. Sometimes we may also or instead post a comment in response to the comment in question.
2. Observe the user for signs of reform or response. Should the user reform or respond and apologize, they will be given another chance.
3. Should he or she ignore staff or continue the behavior, we will block him/her from posting to the site without further notice. All decisions will be at the sole discretion of the Editor.

The mission of MLTnews is to be an online community resource. As such, there is no room for hate speech or abusive or inflammatory behavior to make your point. Remember the golden rule: Treat others as you wish to be treated.

This Code of Conduct is based on guidelines established at NowPublic.com