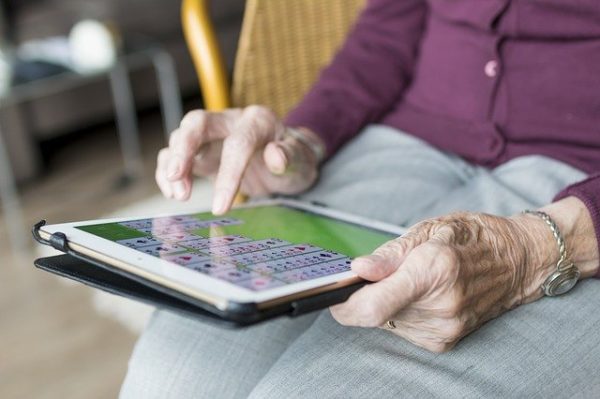 I once heard someone say that we expect to live a robust life until we’re 85, then croak.

My parents, Vern and Nita, had a sweet little home in Payson, Arizona. Mom had her garden and Dad had his shop where he created science demonstrations for the local elementary school kids, projects such as a circuit board with flashing lights and a solar oven for cooking hot dogs. They were very happy there and were a welcome part of the community.

Then Mom started going blind from complications from glaucoma. Eventually, she would lose an eye. Years of manual labor took away Dad’s ability to walk and he had to rely on a scooter.

They informed my brothers and me that they had sold their dream house and were moving to a senior living community in Mesa. This is where they spent their last years together. I was able to take a few weeks off to help them pack and move there. It was an emotionally difficult time for everyone, sometimes involving tears, but they were resolute in not being a burden to anyone.

Vern and Nita insisted on being independent and planning well ahead, but this is not always possible.

Oftentimes, health and aging problems catch us by surprise and mess up our best intentions. Loneliness, infirmity, dementia or other gifts of aging beset us. Sometimes we become vulnerable to exploitation and neglect.

In some countries, it’s part of the culture for families to care for members as they age. In the U.S., not so much. Here, generally, husbands and wives both need to work. We have a relatively low birth rate and we’re a highly mobile society. Families are spread thousands of miles apart.

When a family member needs care, it can then be an extreme burden for members of the family, and it often falls on just one individual. One of the reasons my wife Peggy got into the elder law field was her experience with her mother, who had dementia. We lived in Seattle and her mother lived in Maine. There were many cross-country plane flights, and much worry.

At our elder law office, we saw situations where a husband and wife had been doing well living at home, then one of them got sick. Often the illness is Alzheimer’s or other forms of dementia, or Parkinson’s, or MS.  Many loving spouses try to hang in there and care for their spouse, but the burden is nearly impossible.

We also saw many cases where a relative has upended their life to care for a loved one. All too often this involved a son or daughter giving up a good job or a career to move in with Mom. It’s a wonderful and loving thing to do, but it’s incredibly expensive in terms of lost compensation, lost health insurance, lost retirement benefits and lost Social Security. The son or daughter gives up their own secure retirement.

Here’s a truism in the senior care business: Often care givers die first. It’s that stressful. Here’s another truism: There’s often one person who does all the work.

At our elder law firm, we saw the extremes of the treatment of elders. There were families who cared deeply for their aging loved ones, and together with them took the critical planning steps, treating them with compassion, hard work and intelligence. Then there were the cases that were beyond horrifying: unconscionable exploitation, neglect and outright mental and physical abuse. Peggy spent an alarming amount of time in court filing VAPOs – Vulnerable Adult Protection Orders. Using the power of the court to protect at-risk seniors is extreme, but often it’s the only way to stop the greed, the neglect or the abuse, most of which is done by family members.

What’s the solution? What’s next? Is there a system? Where can elders stay (and don’t say nursing homes)?

Part 3 of this series will explore the Senior Care Continuum. You can read Part 1 — Aging in Place: Resources to help seniors stay at home — here.