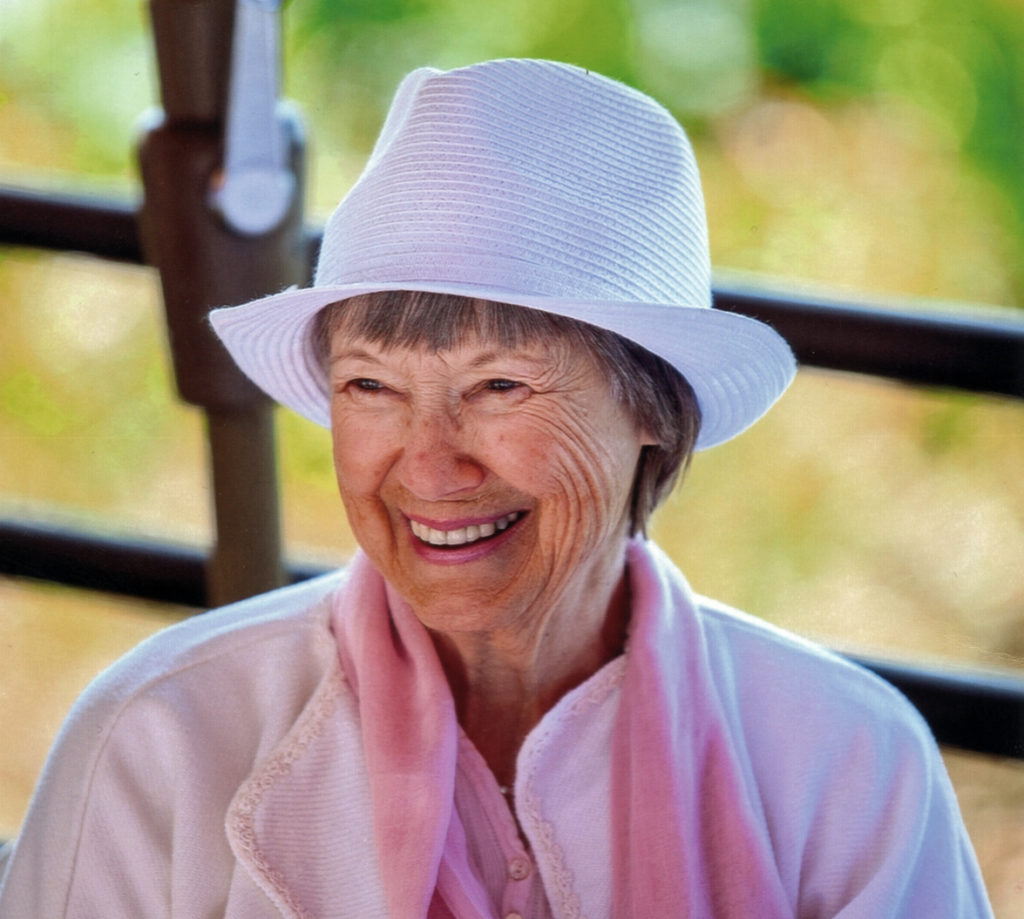 Anona McGibbon, beloved wife of John McGibbon for 40 years, passed away at home from cancer on April 4, 2022. Anona, aka Noni, was born to John and Henrietia Hensley in Seattle, WA on February 14, 1934.

Befitting a Valentine’s Day lady, she was constantly kind, gentle and upbeat. Anona was also forever tolerant of her husband’s loud Jazz recordings. Also, Anona was an avid gardener, creative in the arts and crafts field, and famous among her friends for her extensive and varied hat collection.

She grew up in Seattle, graduated from Lincoln High School and attended USC and the University of Washington. Anona was a devout Christian Scientist throughout her life and served as a reader, board member and reading room attendant at several churches. Following her husband’s retirement, the couple traveled in Europe, visited Hawaii, cruised the Caribbean and attended several Elderhostel programs.

Anona was preceded in death by her parents and is survived by her husband, three children by a previous marriage: Beth (Bill), Scott and Robin. Other survivors include her brother Frank (Marlys), nieces Karen (Daryl) and Janet (Ed), nephew John, sisters-in-law Mary Peterson and Agnes Govern, and grandchildren Sarah and Michael.