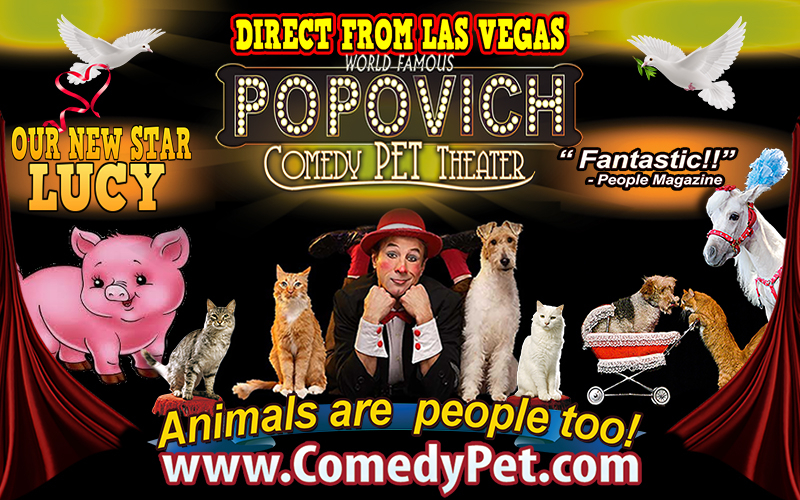 If your kids are anything like mine, this is something they would love! Picture the cutest pet trick you can imagine. You’ll see it here! From dogs jumping rope to cats pushing strollers, this show is ideal for kids and kids-at-heart. Scoop up your tickets here. 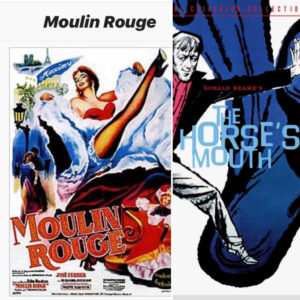 Graphite is hosting a double feature for its December Movie Nite. The 1952 classic, Moulin Rouge, stands out as a truly artistic production flawlessly directed by John Huston. Technicolor photography of a beauty rarely achieved on the screen. Hold on to your popcorn, because the next film, The Horse’s Mouth, is a portrayal of artistic genius and madness.

The movies are free, but donations to the nonprofit Art Start Northwest are appreciated. A donation of $5 for students, children and seniors, and $10 for adults, is suggested. No reservations or tickets necessary.

Save the date for the next Graphite Movie Nite: Jan. 13 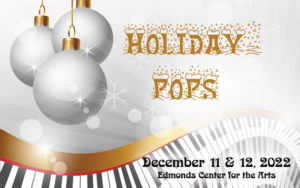 The musical works of Johann Strauss II, Pyotr Ilyich Tchaikovsky, George Gershwin and other legendary composers will be featured when the Cascade Symphony Orchestra (CSO) — under the direction of maestro Michael Miropolsky — presents its two annual Holiday Pops concerts on Sunday, Dec. 11 and Monday, Dec. 12. A pre-concert lecture by KING-FM’s Dave Beck at 6:30 p.m. will preview the musical highlights each evening.

A highlight of both concerts will be the debut of a musical work composed by lifelong Edmonds resident Steven Richards. “We are honored to present a world premiere of ‘Cascade Christmas Card’ by local composer Steven Richards, who dedicated this piece to our orchestra,” Miropolsky said.

Richards, also an accomplished trombonist, had his composition, “Tribute,” performed by the Cascade Symphony during its October 2021 concert. He is a graduate of Meadowdale High School in Edmonds and Seattle Pacific University.

The concert will begin with what Miropolsky describes as “the energetic March of the Gladiators’” by composer Julius Fucik, and be followed by a Christmas favorite, Tchaikovsky’s Nutcracker. Later in the concert, composer Eduardo di Capua’s Bersaglieri March will be performed, followed by the mellow beauty of Nikolai Rimsky-Korsakov’s Song of the Indian Guest. The orchestra will also play Strauss’ The Blue Danube Waltz and Gershwin’s An American in Paris.

“Twas the Night Before Christmas,” a holiday favorite poem written by Clement Clark Moore, will be narrated by former longtime Seattle radio and TV personality Dave Dolacky as the orchestra provides musical accompaniment. Dolacky has been a resident of Edmonds for about 40 years. 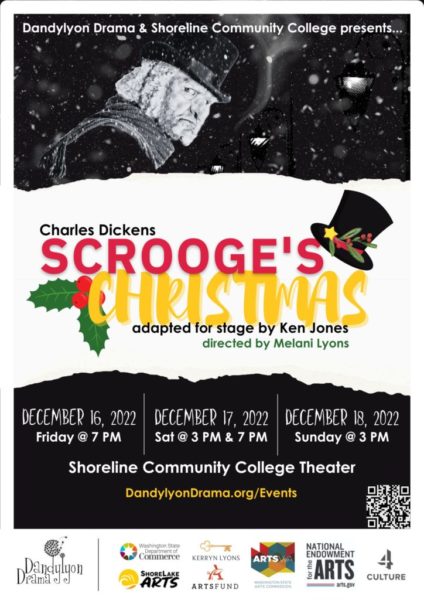 In Ken Jones’ family-friendly adaptation of Charles Dickens’ classic tale, A Christmas Carol, all the beloved characters of this Christmas tradition are supported by music from Dickens Carolers. Will Scrooge cling to his miserly ways or will he choose compassion and community? Please be advised there are spooky elements to the show that may not be appropriate for very young children.

“Adults have seen how we’ve empowered their children and have begged for years to get onstage, too!” says Lyons, “We’re so excited and grateful to share this play that sparks courage, compassion, and creativity. Thanks to the generosity of our community and the hard work of our board and staff securing recovery grants, we’re still here!” Scrooge’s Christmas will be directed by Lyons, assistant directed and stage managed by Anna Bundy with costume design by Amy Hockman. Opening Show is AAPI Appreciation Night! Before each performance a special reception will feature hot drinks from Black Coffee NW, a photo booth featuring Santa or Olaf, and live music from one of the following: Ukulele206, Magic Key, Northside Step Team, Dickens Carolers, and a brass quartet from The Salvation Army Band. 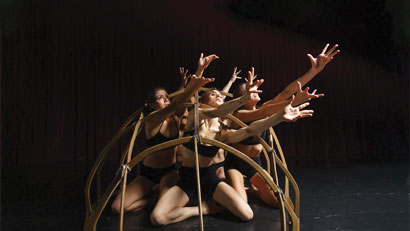 This one is a couple months away, but the tickets are going quickly. Red Sky Performance is a leading company of contemporary Indigenous performance in Canada and worldwide. Now in its 22nd year of performance, Red Sky continues to be guided by its mission to create inspiring experiences of contemporary Indigenous arts and culture that transform society in meaningful ways. Fusing contemporary Indigenous dance with athleticism in an extraordinary form, Miigis: Underwater Panther is about their journey from the Atlantic Ocean to the Great Lakes as they explore catalysts for movement, water trade routes, Anishinaabe archetypes, and mystery beings on their journey from salt to fresh water. Get tickets here.

Elizabeth Murray is a freelance writer thankful to call Edmonds home. When she’s not busy wrangling her two kids (and husband), you can find her playing ukulele and singing with The Band LeLe.