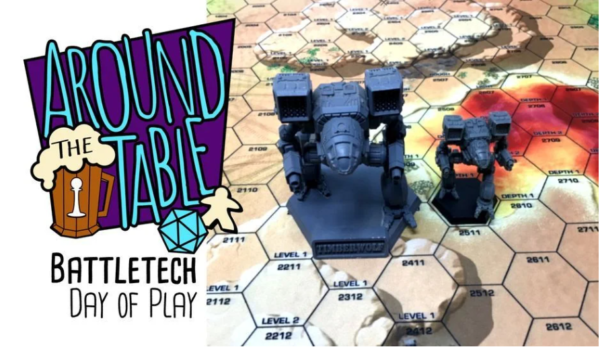 Join players at the Around the Table Game Pub this Sunday for a BattleTech Day of Play.

BattleTech is considered a “space opera,” a militarized universe set in the 31st century. The tabletop version of the game, which will be played at Around the Table, is centered around 12-meter-tall war machines known as Mechs.

At the beginner level, a BattleTech game features two teams of four Mechs, each with their own unique fighting properties. The object of the game, of course, is to destroy the other team’s Mechs. In more advanced versions of the game, different settings and rules are introduced to create variety.

Beginners are welcome, but the games will mainly be played in more experienced settings. Around the Table hopes to spur future game play and even create a BattleTech campaign.

The event will run from noon-4 p.m. Anyone with miniatures or maps are encouraged to bring them.

Around the Table Game Pub is an all-ages board game shop and pub, specializing in new and used games and role-playing games. They offer a curated and rotating list of craft beers, sodas, ciders and meads as well as Full Tilt ice cream.