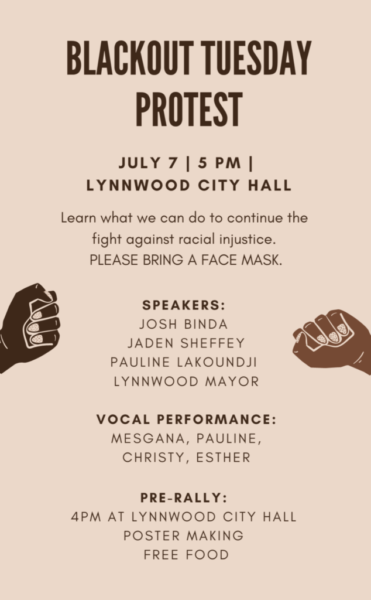 Community members are invited to attend a Blackout Tuesday Protest aimed at exploring ways “to continue the fight against racial injustice,” starting at 5 p.m. July in front of Lynnwood City Hall.

The event will also feature speakers on the Black Lives Matter movement, education reform, and how the community can implement changes for people of color. Attendees are asked to wear a mask and bring signs.

According to city spokesperson Julie Moore, the rally is city sanctioned and Mayor Nicola Smith will also be in attendance and speaking.

For more information about the Blackout Tuesday Protest, visit the event’s Facebook page.