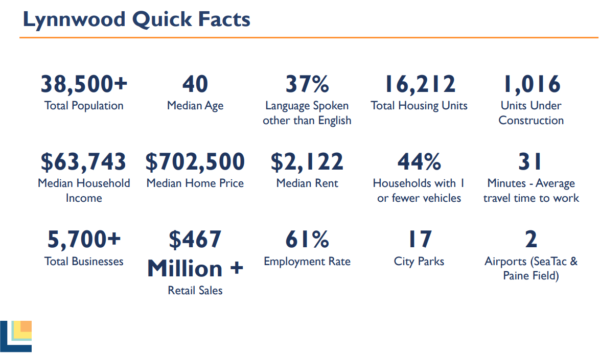 With over 16,000 housing units already available and almost 2,000 more currently under construction, Lynnwood’s growth doesn’t look like it’s going to slow down anytime soon. That was the message delivered by City of Lynnwood Planning Manager Ashley Winchell and Senior Planner Kristen Holdsworth during the Lynnwood Chamber of Commerce’s Wednesday luncheon meeting.

Addressing how the city is planning for Lynnwood’s future, Holdsworth said staff have been working tirelessly to ensure all plans are updated to incorporate the city’s growth.

“We’re a medium-sized suburb but we [are growing] and have lots of big opportunities,” Holdsworth said.

After the city survived the Y2K scare, Holdsworth said Lynnwood quickly began planning for continued growth. As a result, much of the construction residents are seeing now has been in the works for the past 15-20 years.

One thing the city didn’t anticipate, however, was the extension of the Sound Transit Link light rail system into Lynnwood. Approved by voters in 2008, it took officials another 11 years to finally break ground on the project. With the light rail on track to open in 2024, the city is also taking measures to accommodate an increased number of commuters on the roads.

The city is also preparing for the new Swift Orange Line, which will run from Mill Creek to Edmonds College, with a stop at the Lynnwood City Center light rail station. 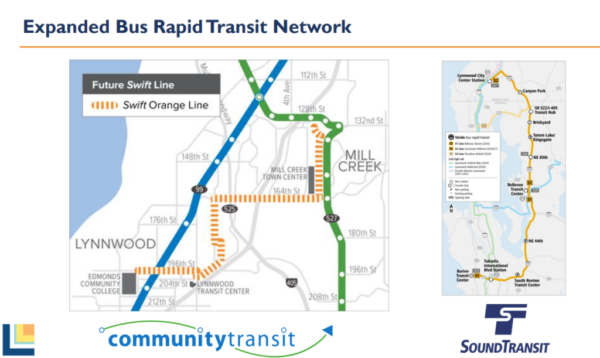 Construction is also occurring on many of Lynnwood’s busiest roads. This includes extensive work on 196th Street Southwest, which will widen the road for a more continuous flow of traffic.

The city is also moving toward updating its City Center Plan, which hasn’t been revised since 2004. Development & Business Services Director David Kleitsch has said the city needs to approve the latest update before it outgrows its limitations.

“It’s a space issue,” Kleitsch said during a council meeting regarding the issue. “Not much has been built in the City Center [since the last update] and we’re already out of allowable space under the Planned Action ordinance.”

Some of the projects being built or expanded are Kinect @ Lynnwood, Northline Village, Ember, Koz, The Woods at Alderwood, Avalon Alderwood Place, the Alderwood Mixed Use building and Alexan Alderwood.

The City Center Plan has not yet been adopted, as it has received pushback from some city councilmembers.

Winchell also talked during Wednesday’s chamber presentation about the city’s 2024 Comprehensive Plan updates, which focus on guiding growth, preservation and land development in Snohomish County over the next 20 years. During the past few months, Winchell has been in the process of gathering data on the community and seeking input from residents and business owners to best answer the question: How do we plan for 2044?

In the early stages of the planning process, the city will be doing popup events, hosting open houses and trying to boost community engagement to get the widest variety of input as possible. Holdsworth said she also hopes to receive feedback via the city’s Big Idea Month campaign.

“This will guide us through what we should be moving toward in the next 20 years,” Holdsworth said. “And we want to hear from everyone. We want your input.”

In addition to the Comprehensive Plan update, the city has also recently updated its Park, Art, Recreation and Conservation (PARC) Plan.

The PARC Plan aims to establish strategic directions, goals, policies and action items for the Parks, Recreation and Cultural Arts Department. It also allows the department to acquire more parkland to maintain an adequate amount of park acreage for Lynnwood’s growing population.

On top of maintaining clean and safe parks, the city’s goal is to focus on accessibility. Park staff will be working to remove over 2,000 identified ADA barriers throughout the parks that prevent many residents from enjoying them. 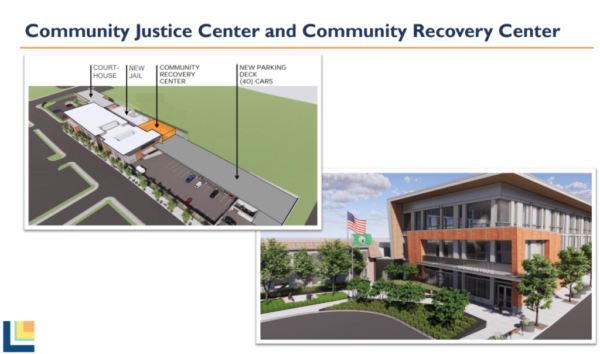 Both projects are expected to be completed by October 2023.