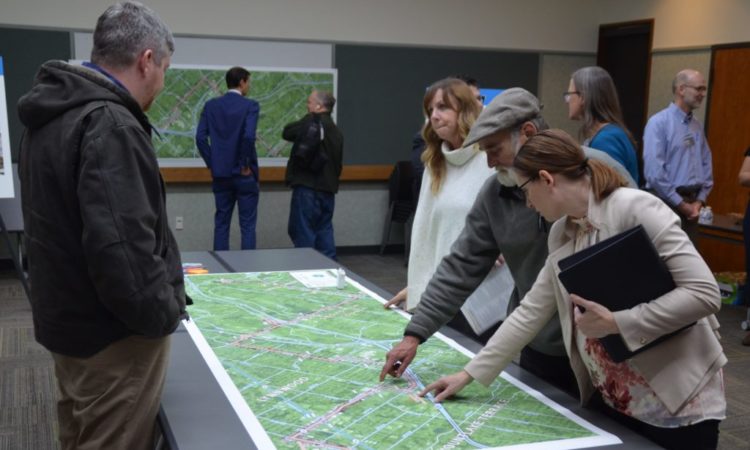 Community Transit kicked off its outreach efforts Thursday to inform residents about the upcoming Swift Orange Line opening in March 2024.

The upcoming bus rapid transit (BRT) Orange Line will travel from the east-to-west corners of South Snohomish County along an 11.3-mile route between Edmonds Community College and McCollum Park and Ride. The route will include stops at Lynnwood’s City Center district, Alderwood Mall and Mill Creek Town Center.

Community Transit briefed the Lynnwood City Council at its July 29 work session about plans for the new line. According to the presentation, the Orange Line will run every 10 minutes on weekdays and every 20 minutes on weekends.

To help deliver Swift service for arrival and drop-off times, the Orange Line stations will include 10-inch raised platforms to minimize time waiting for buses to raise and lower for riders.

The project is currently in the design phase, and construction is scheduled to begin in 2021. Community Transit is anticipating the project to cost $85 million, with $42 million covered by small program grants.

Since it was presented to the city council, Community Transit has decided to remove two stops from the Orange Line route located at 48th Avenue West and 72nd Street Southwest. According to BRT Program Manager Christopher Silveira, the two stations were removed to save costs.

During the open house, Community Transit representatives directed attendees to a five-minute survey on its website to offer feedback on the upcoming Orange Line. Those who did not attend the open house are invited to take the virtual open house tour.