The situation at the state level: 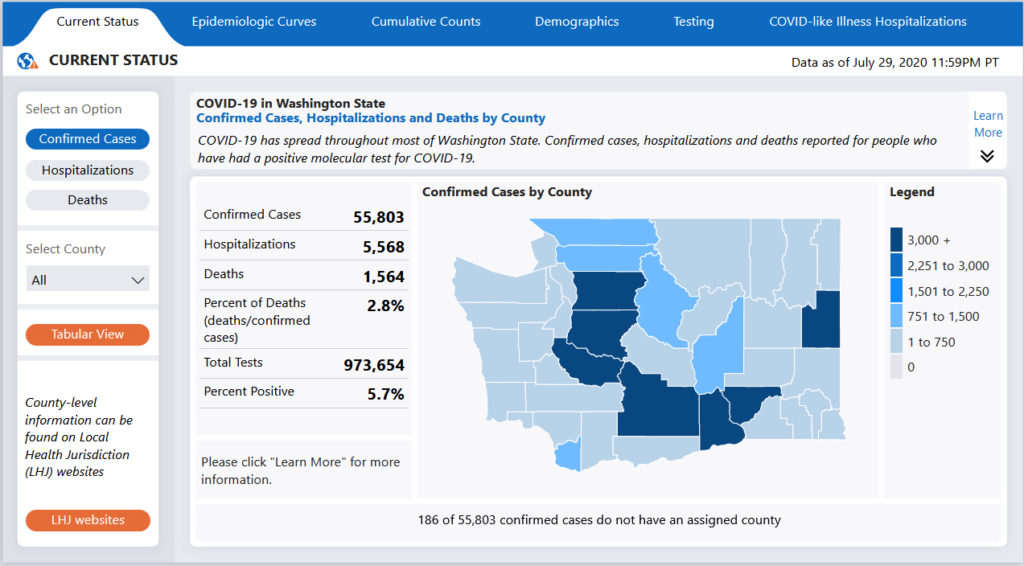 Viewed over time, the following chart from the Washington Department of Heath illustrates how after backing off in May and early June, cases again surged through July (note that the grey bars denote incomplete data and do not indicate a verified trend). 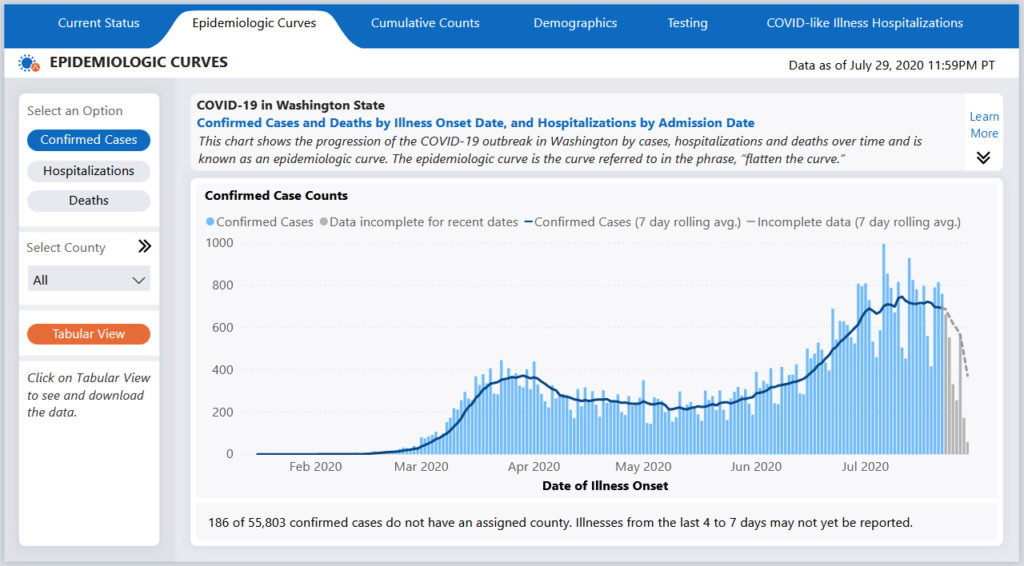 Deaths in Washington state are also on the rise, as the higher numbers of newly diagnosed cases that began several weeks ago now are moving through the progression of the illness, with recent fatality numbers now reaching the levels of early June as the two charts below illustrate. 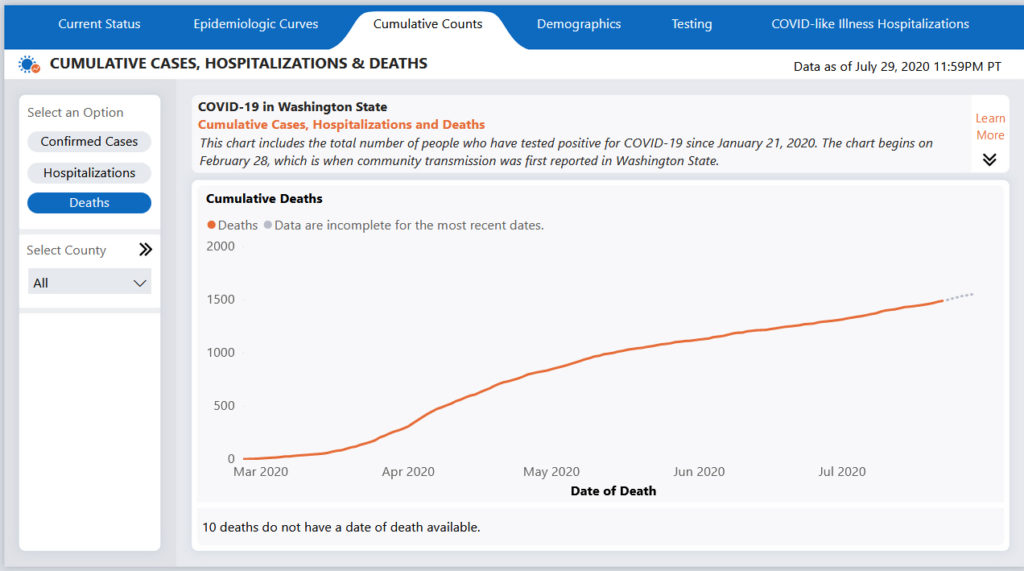 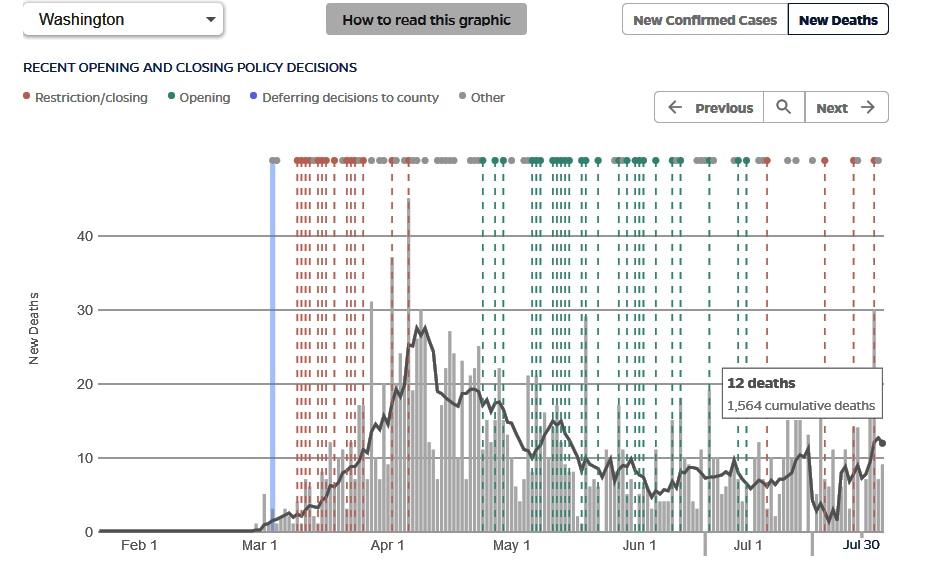 While the numbers continue to shift slightly, there has been no change in the demographic patterns of the virus that continue to show the highest incidence of cases among younger groups while older age group show disproportionately high numbers of hospitalizations and deaths. 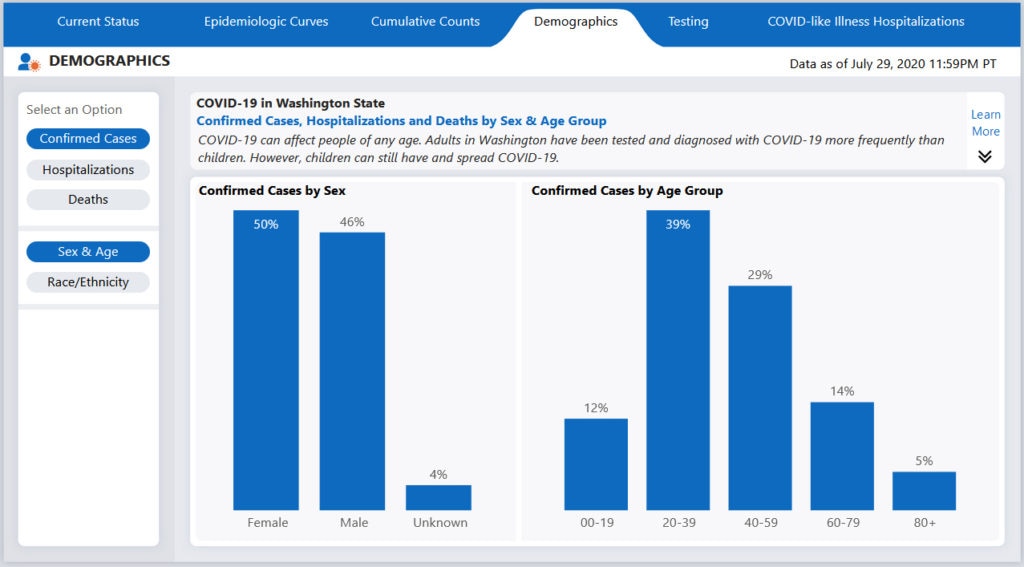 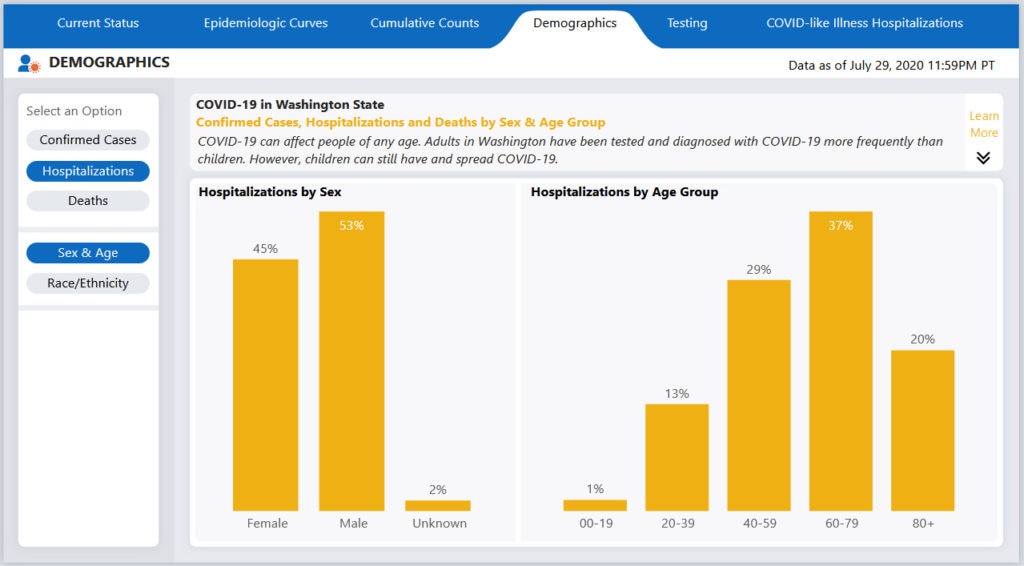 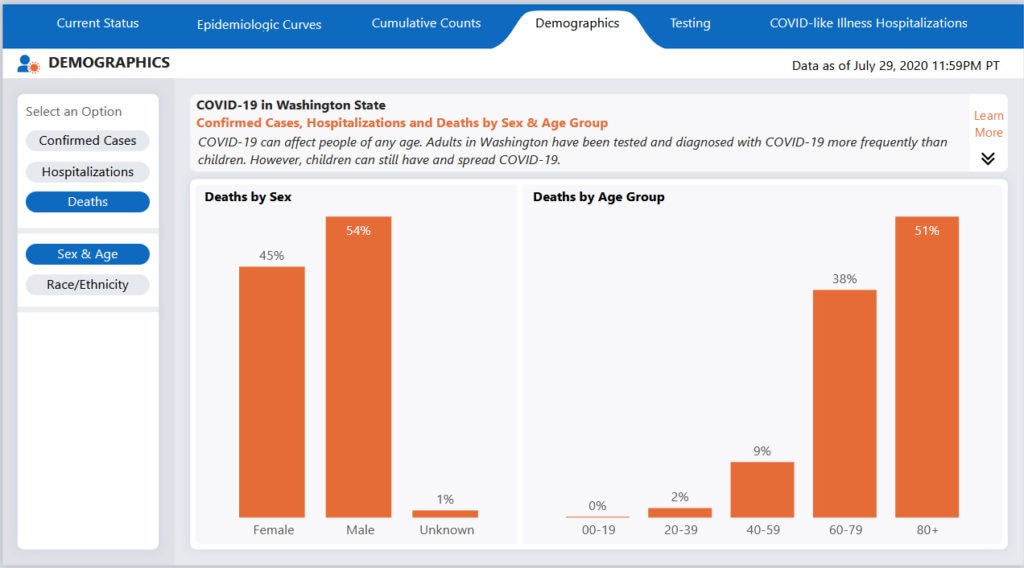 Statewide testing activity continues to intensify, with almost a million tests administered to date. But positive tests continue to exceed the goal of 25 newly diagnosed cases per 100,000 over a two-week rolling period. 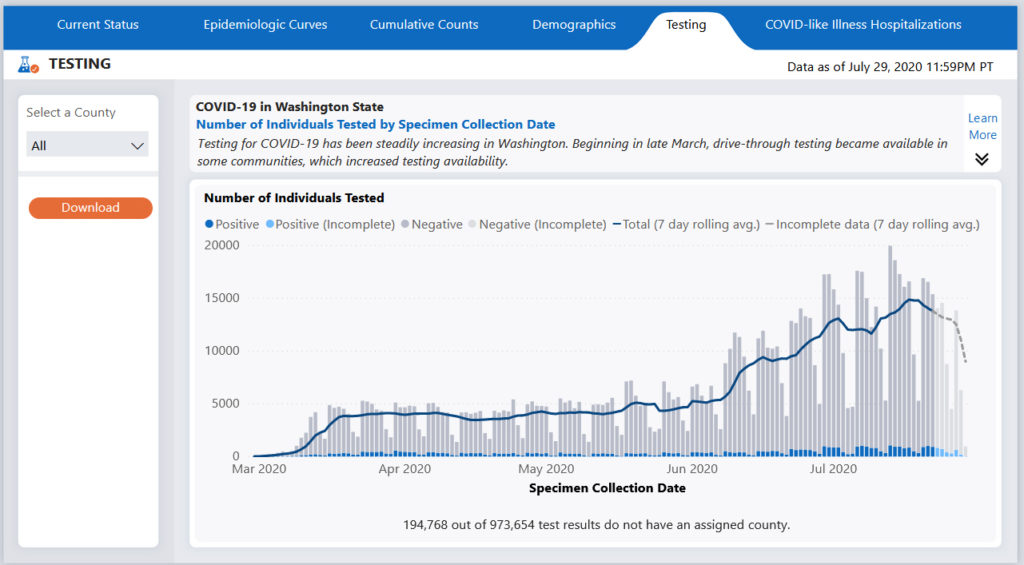 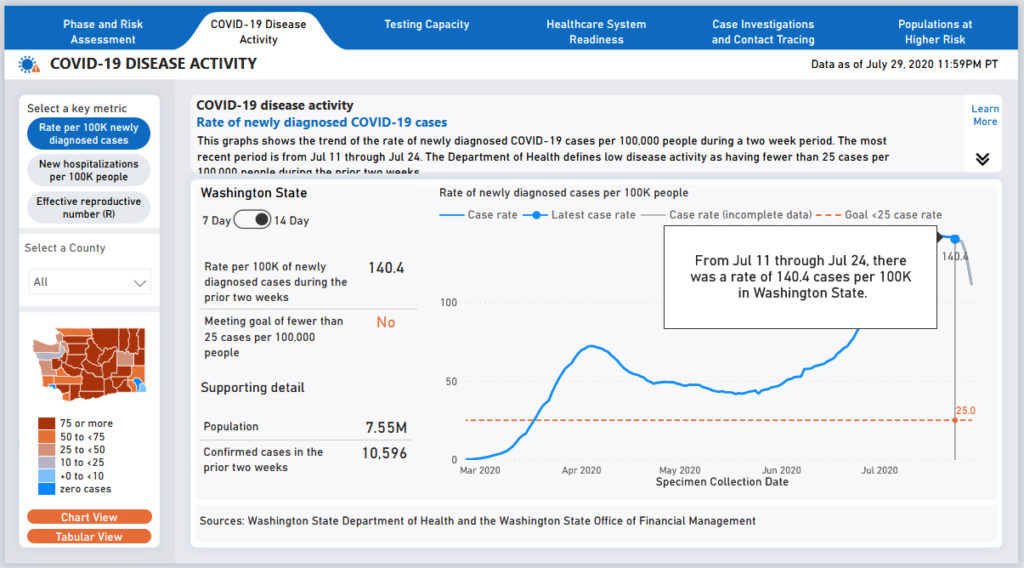 While the latest statistics at the county level generally reflect those of the state as a whole, they differ in several notable ways.

The overview below provides a snapshot of the numbers as of July 29. 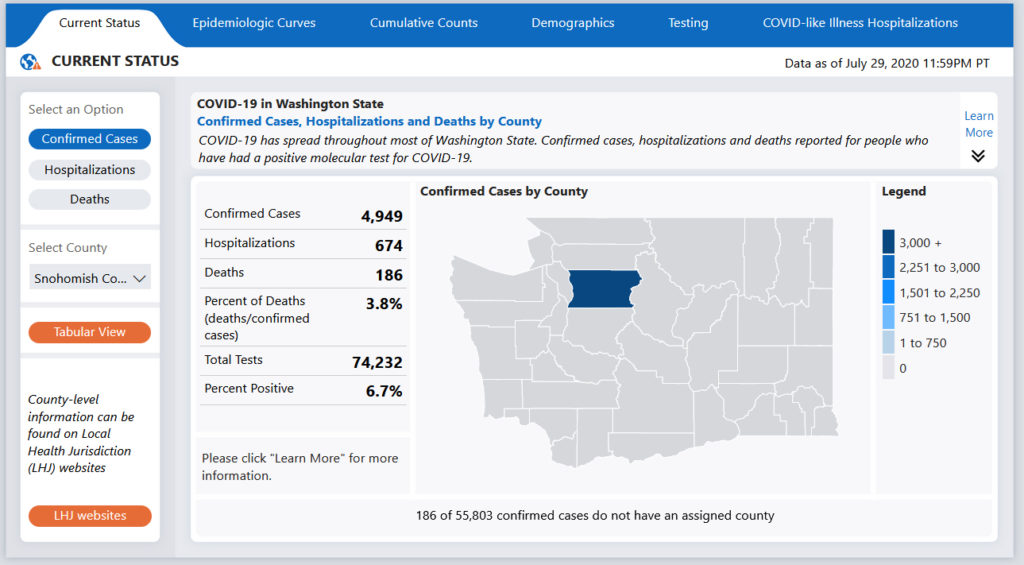 Viewed over time, the daily case count continues to rise, but unlike the state has not yet reached record levels, although it continues to move further from the Phase 2 reopening caseload target as the second chart below illustrates. We met this target in early June, which contributed to Snohomish County qualifying for Phase 2 reopening at that time. 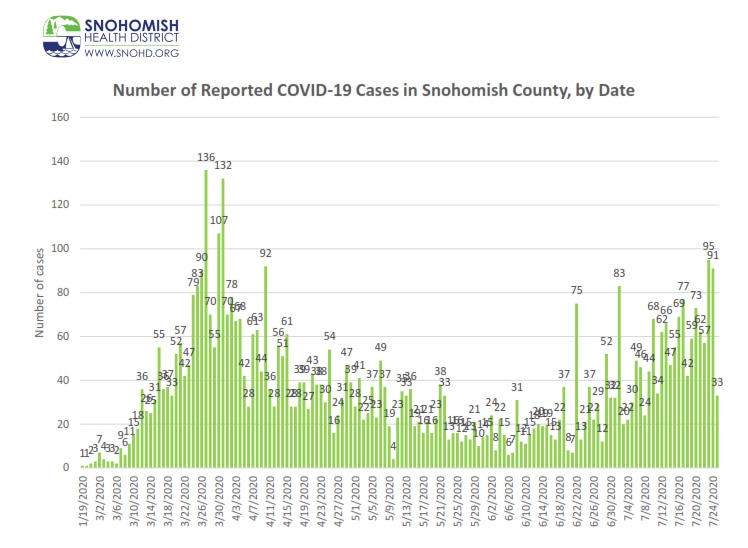 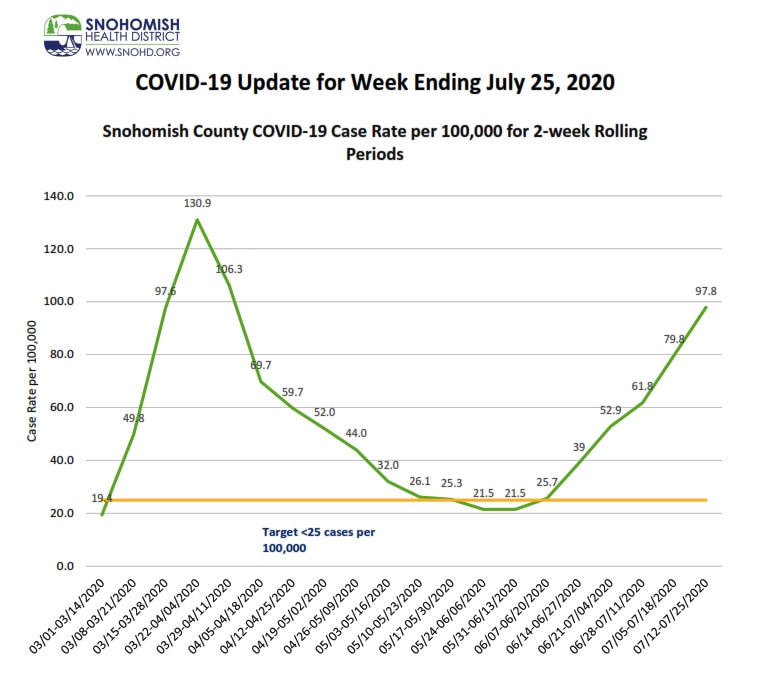 The county death count, unlike that of the state, continues to remain stable despite the increased caseload of the past several weeks. 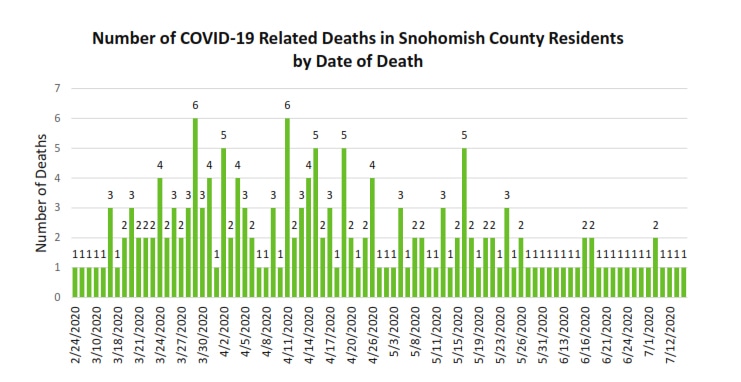 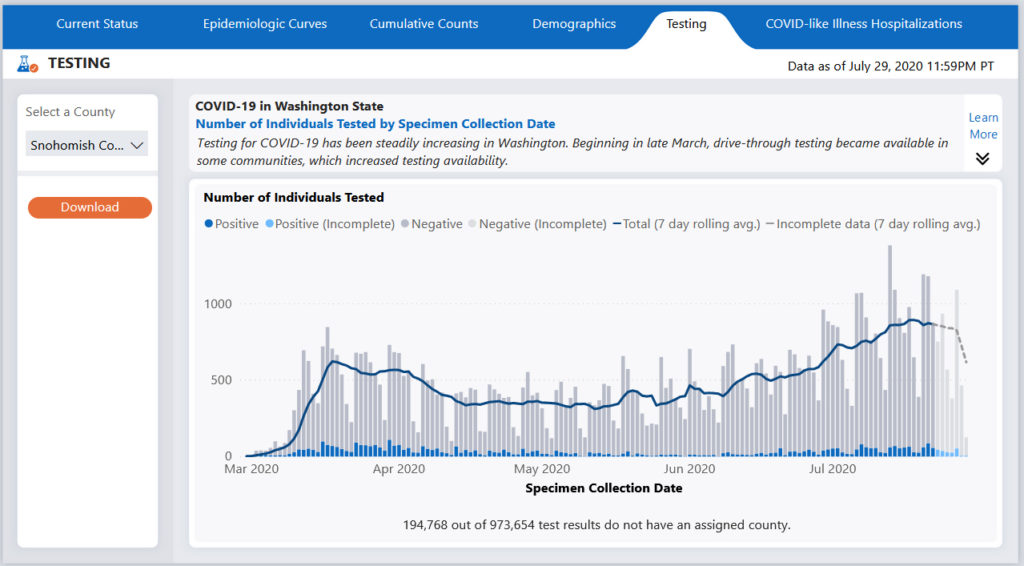 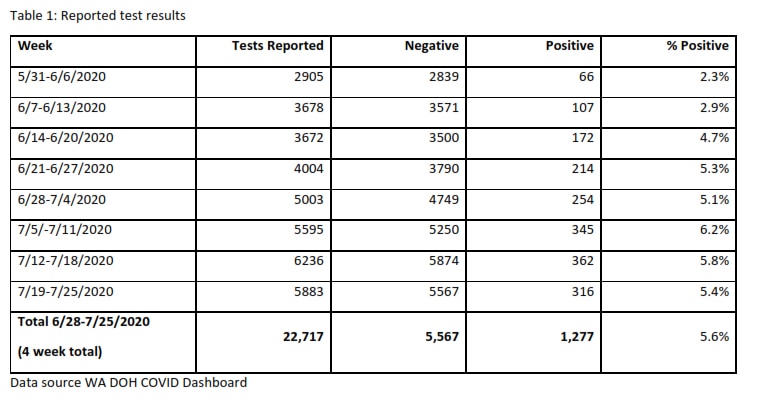 Like the state, the Snohomish County numbers for positive test results have been on the rise since early June, when we achieved the target level of fewer than 25 new confirmed cases per 100,000 over a two-week rolling period. 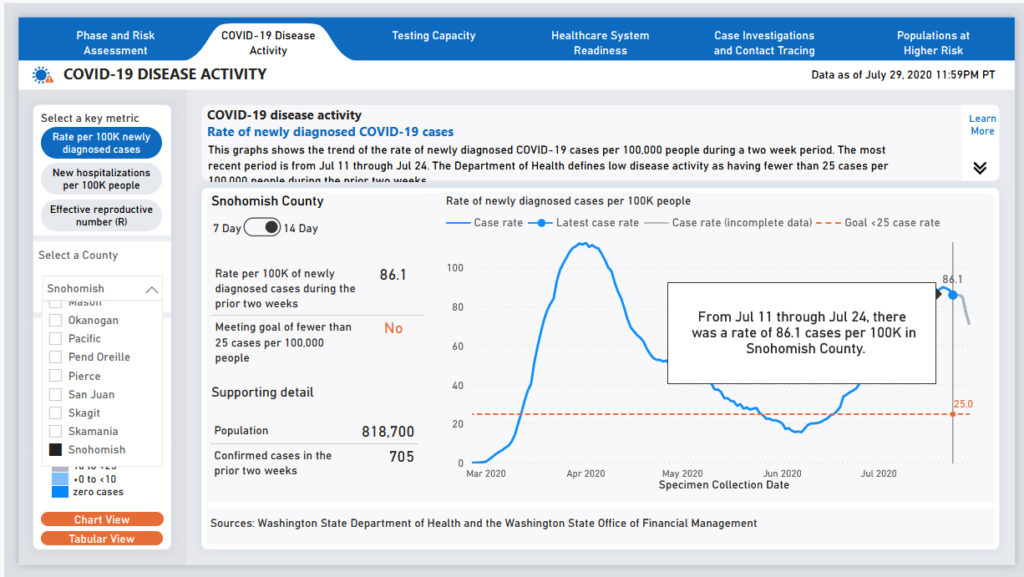 Numbers of total cases, currently active cases and deaths are all rising at increasing rates through June and July, as the following charts for the full county, Edmonds, Lynnwood, and Mountlake Terrace illustrate. Note that these figures are through July 25, as the more recent numbers are still being verified. Also note that death and active case data are not available for Mountlake Terrace for the June 6, 13 and 20 reporting periods — the zeros have been substituted as placeholders only and do not reflect actual numbers for these dates. 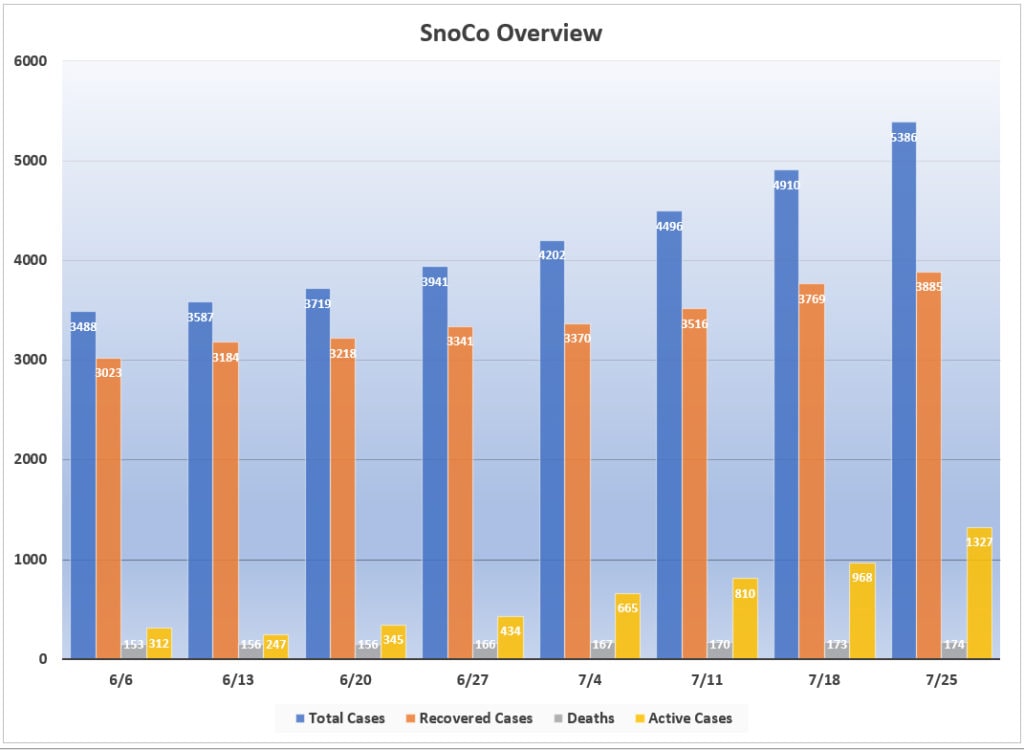 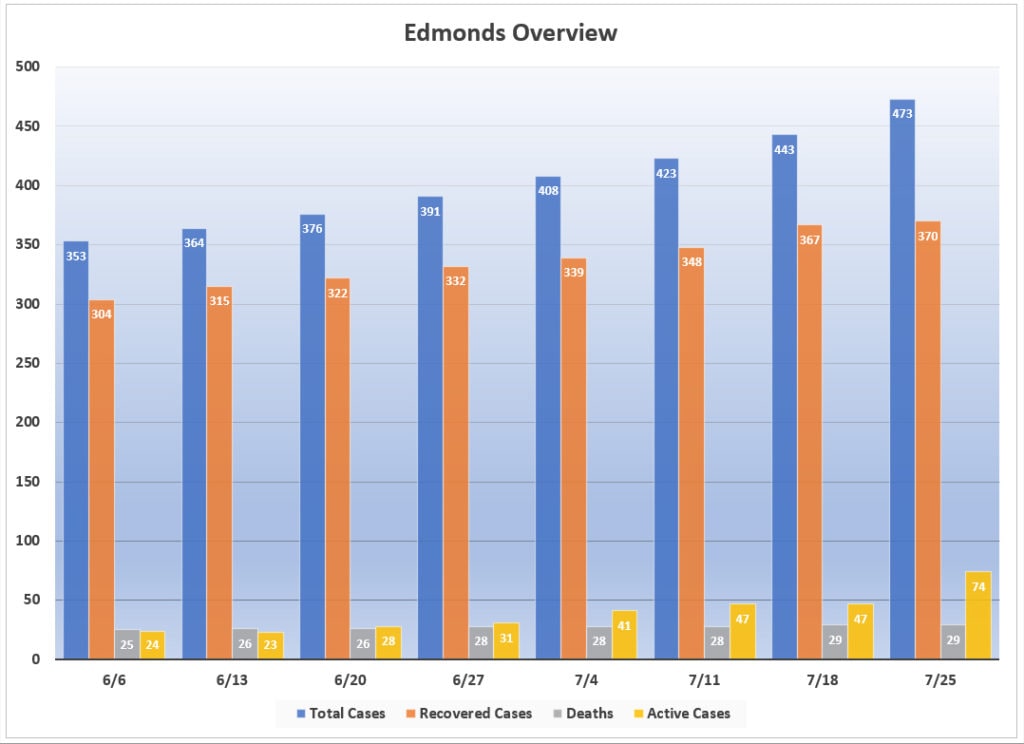 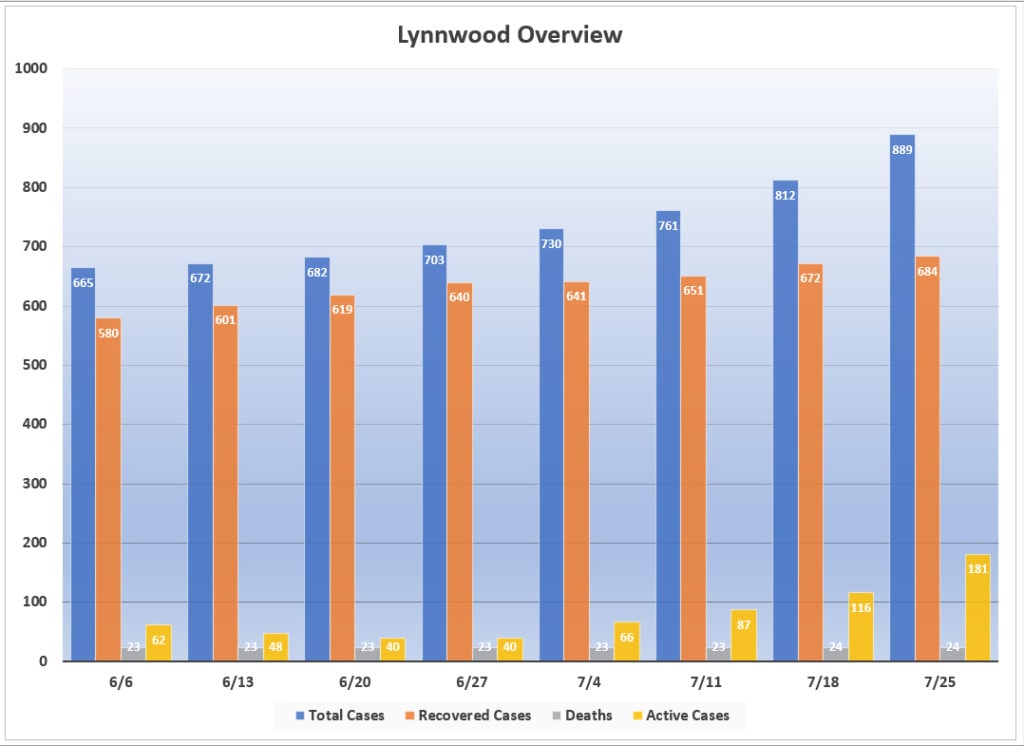 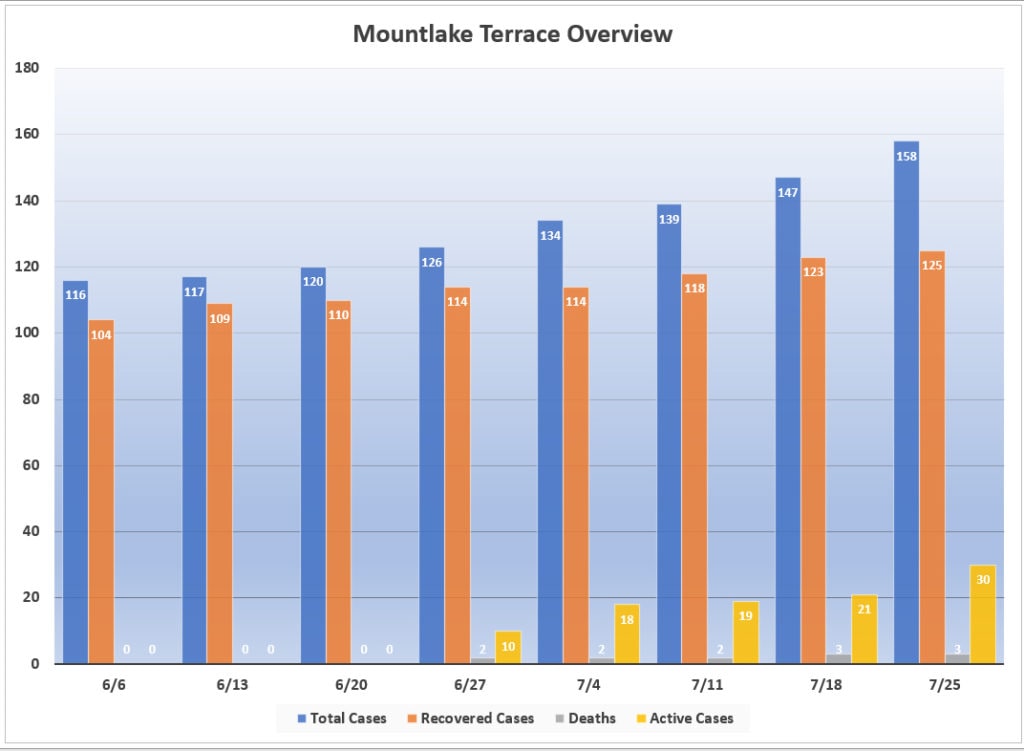 The numbers for our local communities are summarized in the table below:

These data are taken from the COVID-19 Weekly Update report from the Snohomish Health District, which summarizes verified data as of the end of the previous week.

Some more recent, but as yet unverified, current data are available on the Health District’s COVID Case Count page here.

The data, tables and charts in this report are taken from the following: