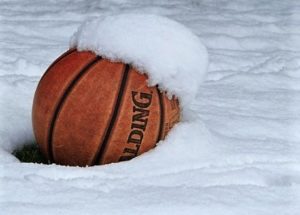 District officials canceled all classes and school activities on Wednesday, Jan. 15, due to the continued unsafe weather conditions. The closure postponed boys basketball games slated for Edmonds-Woodway, Mountlake Terrace and Meadowdale, plus a girls wrestling scramble for wrestlers from the three district high schools.

The Edmonds-Woodway Warriors boys hoops game at Arlington originally scheduled for Wednesday has now been moved to Monday, Jan. 27, at 7:15 p.m. The Mountlake Terrace Hawks had been set to host the Oak Harbor Wildcats on Wednesday but will now welcome Oak Harbor on Saturday, Feb. 1, starting at 7 p.m. The Meadowdale Mavericks home contest against Marysville-Pilchuck scratched on Wednesday will now take place on Monday, Feb. 3, at 7:15 p.m.

Edmonds-Woodway High School had been set to host a unique multi-team girls wrestling scramble on Wednesday featuring E-W, Meadowdale, Terrace, Shorewood and the strong team from Everett; that event will now take place on Thursday, Jan. 16, in the school’s Great Hall starting at 6 p.m.

The Edmonds-Woodway, Meadowdale and Mountlake Terrace girls basketball teams, along with the boys wrestling squads from E-W, Meadowdale, Terrace and Lynnwood, are all hoping to be able to participate in their regularly-scheduled competitions on Thursday, Jan. 16. Edmonds School District officials have announced that district schools will be open with a two-hour starting time delay.

The postponement of sporting events on Wednesday was the third straight slate of games put on ice over the past three days within the Edmonds School District.