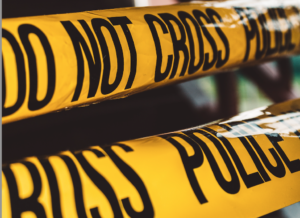 Multiple police departments responded to a domestic violence call last weekend that quickly turned into a much larger situation.

Early afternoon Saturday, Sept.10, the Snohomish County Sheriff’s Office responded to a call of a domestic violence assault at the Scriber Creek Apartments, located on 44th Avenue West in Lynnwood. Mountlake Terrace, Lynnwood and Edmonds police also responded to the scene to assist the sheriff’s office.

“Deputies tried to render aid and the suspect began fighting them, while seriously injured,” O’Keefe said. “Medics arrived and administered a sedative in order to get him en route to the hospital.”

However, while medics were focused on the suspect, the suspect’s father walked up to deputies armed with three knives, O’Keefe said. The father began threatening to kill the deputies who were helping his son at the time.

Multiple family members tried to disarm the father and deescalate the situation, but he would not comply. A taser was deployed on the man and he was quickly taken into custody, O’Keefe said.

One deputy received minor injuries during the encounter but no other injuries were reported.