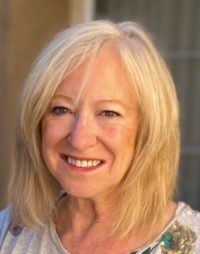 Edmonds resident Peggy Estela has received the Champion for Children award designating her as volunteer of the year for the Snohomish County Court Appointed Special Advocate (CASA) Program.

Estela was recognized for being a champion in the lives of abused and neglected children and for leading with CASA’s core values of hope, integrity, inclusion, and teamwork in the important work of child advocacy, the county said in a Friday news release.

“There are at least 21 reasons to honor why Ms. Estela is so deserving of the Champion for Children award,” said Joelle Kelly, Snohomish County CASA Program division manager. “The 21 reasons reflect the number of abused and neglected children Ms. Estela has given a voice to over the past five years as a volunteer CASA with our program. Ms. Estela provides best-interest advocacy and follows our guiding principles recognizing the importance of family preservation and reunification, equity, diversity, inclusion, and collaboration. Her dedication goes well beyond the CASA Program, stretching into the lives of children, families, and our communities as a whole.”

Estela’s colleagues view her as a vocal leader who advocates fairly, not only for the children she represents but also for anyone being treated inequitably, the news release said, noting she is a member of the CASA Justice, Equity, Diversity, and Inclusion (J.E.D.I.) Collective.

Kathy Hayes, CASA program coordinator, works together with Estela on her court-appointed cases. “It’s been such a pleasure working alongside Ms. Estela while she gives a voice to Snohomish County’s most vulnerable children,” Hayes said. “She exudes genuine passion for child advocacy, family restoration, and reunification, and she is a leader among her peers sharing knowledge and offering support.”

The Snohomish County CASA Program has been in operation for the past 43 years. At any given time, there are approximately 800 children in Snohomish County who are in the foster care system. Currently, more than 200 children are waiting to have a volunteer CASA speak up for their best interests in court. For details about the role of the CASA, how to apply to be a volunteer, and upcoming training dates, visit www.snohomishcountywa.gov/CASA.