Students, families, staff and community members are all encouraged to hear from the candidates on Monday evening, March 2.

The board originally planned to advance three finalists, but said after intently reviewing the candidates they unanimously agreed on Balderas and Rumbaugh.

“We are very excited to move forward with our top candidates and are confident one of them will be the right fit for our district’s needs,” said School Board President Dr. Deborah Kilgore. “We’ve been inspired by what these two professionals can bring to the table and look forward to introducing them to our community next week.” 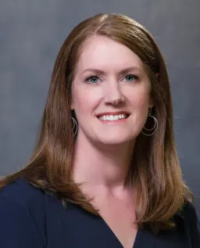 Balderas served as superintendent of two different California school districts before becoming Eugene superintendent. He also previously was an assistant superintendent in Oregon as well as a classroom teacher and counselor.

Balderas holds a bachelors of arts in education from Western Oregon State College, and a masters in curriculum and assessment from Portland State University. He holds a doctoral degree from the University of Oregon.

Rumbaugh previously was the executive director of human resources-employee services before serving in her current role in Highline. Prior to that, she worked as a science teacher, assistant principal and principal.

The Board will hold final interviews with finalists in a closed session.
A vote to extend an offer to a candidate is expected.