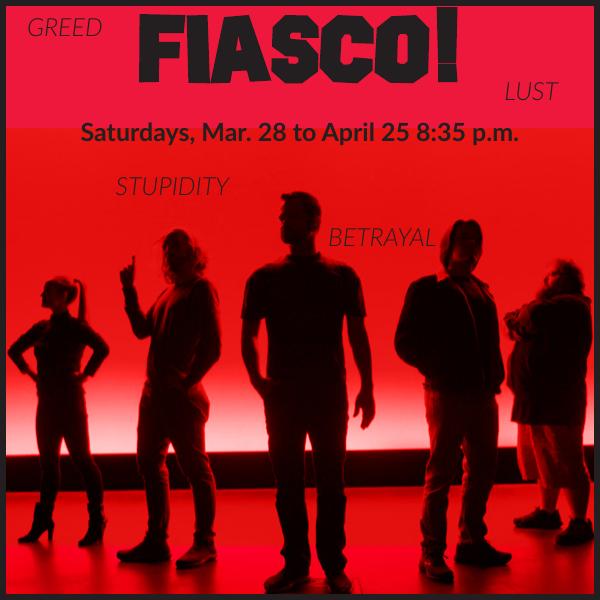 Improvised stories of the darkly comedic world of greed and lust!
Fiasco! Inspired by the award-winning story-telling game of the same name, where small-time capers go disastrously wrong, returns to the stage! Come watch the lives of characters with powerful ambition, dark intentions and poor impulse control, expertly acted by the UP North Players, intertwine and then unravel as they race headlong towards their ultimate Fiasco!
Each week the audience will choose a new canvas, new colors and new gritty texture for these connected characters to paint a new landscape in which their stories, prompted by the audience and guided by the narrator are created. One thing’s for sure – it’ll be a FIASCO!