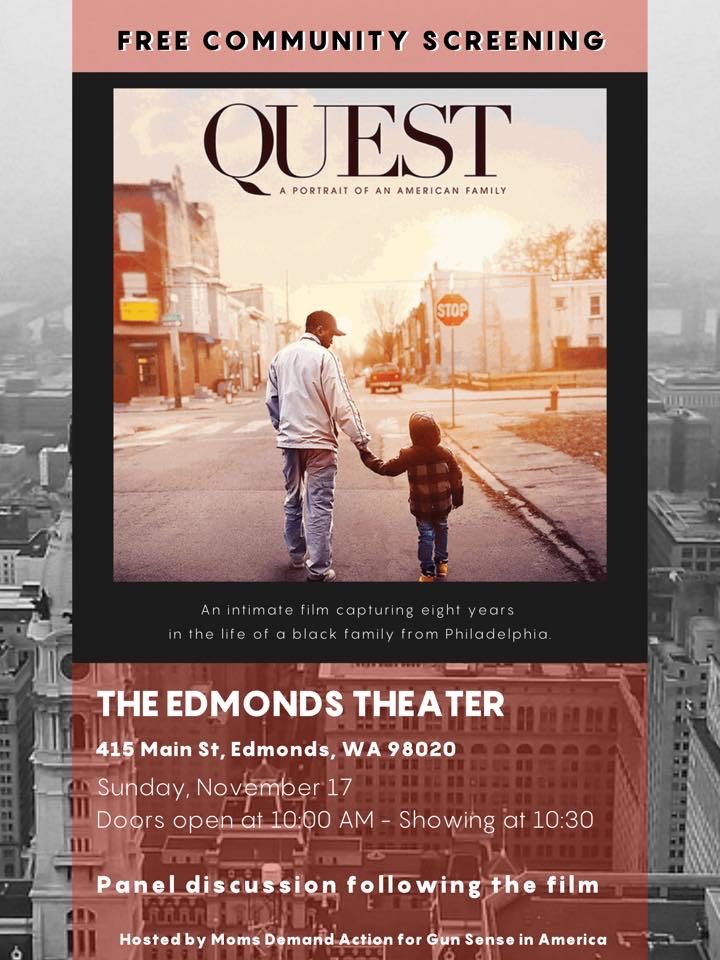 Volunteers with the Washington Chapter of Moms Demand Action for Gun Sense in America and Black Lives Matter will host a free screening at the Edmonds Theater (415 Main Street, Edmonds, WA) on November 17 of the documentary film “QUEST: A Portrait of An American Family.” Doors open at 10 AM, and the film begins at 10:30 AM, followed by a brief panel discussion of the issues raised in the documentary.

“QUEST,” directed by Jonathan Olshefski, is an intimate, feature-length documentary film that captures ten years in the life of a black family living in North Philadelphia. Released at the Sundance Film Festival in 2017, “QUEST” is described as a “moving portrait of the Raineys, who are raising a family while nurturing a community of hip hop artists in their home music studio. It’s a safe place where all are welcome, but this creative sanctuary can’t always shield them from the strife that grips their neighborhood. We’re shown how gun violence directly and indirectly impacts this influential family. Epic in scope, QUEST is a vivid illumination of race and class in America, and a testament to love, healing, and hope.”