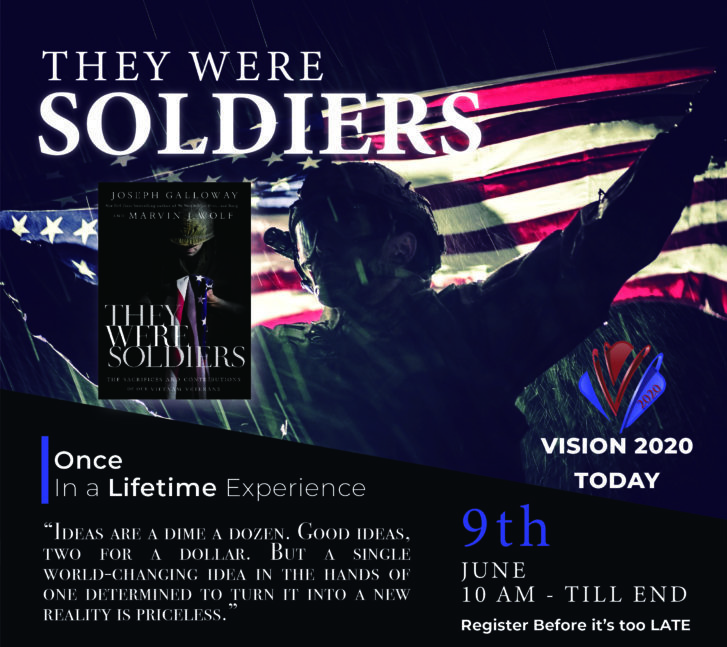 Military Wire columnist and Edmonds resident Mike Schindler will be interviewing Joseph Galloway and Marvin Wolf, the authors of They Were Soldiers, during a live webinar at 10 a.m. June 9 — part of the Live On Purpose speakers series sponsored by Operation Military Family Cares.

The session part of a series of free webinars featuring speakers who will also appear at the organization’s Vision 2020 leadership conference in October (rescheduled from May).

Schindler is a U.S. Navy veteran and the founder and CEO of Operation Military Family Cares, a non-profit providing programs and solutions that improve the health, morale and finances of U.S. veteran families and the the industries that hire them.

In their just-released book, They Were Soldiers, Galloway and Wolf profile 48 Vietnam veterans who changed the world for the better. From both the well-known and unknown, the book highlights veterans such as the legendary director, producer and screenwriter Oliver Stone, FedEx founder Fred Smith, 4-Star Generals Colin Powell and Barry McCaffrey, New York Stock Exchange chairman Marshall Carter, Deputy Secretary of State Richard Armitage, and Eileen Moore, a former evacuation hospital nurse and current appellate judge who also serves as a mentor in California’s Combat Veterans Court.

People can register here or they can go to www.vision2020today.com.