In 2013, after four years spent publishing My Edmonds News, I took over publication of Lynnwood Today from founder Mike Murphy. He was moving out of the area but he wanted to make sure Lynnwood continued to have a reliable news source, especially since the city had recently lost its community newspaper, the Weekly Herald (formerly the Enterprise newspapers), which covered Edmonds, Lynnwood and Mountlake Terrace. Mike had been a broadcast journalist, and he knew that I also had a journalism degree — plus years of experience working as a print and wire service reporter — so it was a good fit.

In addition, a year prior, I had acquired a similar news website in Mountlake Terrace — MLTnews. That publication had been founded by MLT resident Dustin Dekoekkoek, who could no longer continue publishing it due to family obligations.

I have to admit, publishing two additional websites was a stretch for me at the time. I was a communications consultant with a full list of clients. But I was committed to keeping both publications going for one reason: If I didn’t, those communities wouldn’t have a news source. When I started, I used my full-time job to help fund these publications, to pay for freelancer writers and photographers to help with news coverage, to cover the cost of web hosting and technical support. And while we do sell advertising and take reader donations to help fund our work, during lean months the truth is, that funding sometimes isn’t enough. I am still subsidizing these publications with my own money.

Since 2013, we have kept our commitment to provide trusted community news for Lynnwood. We cover all city council meetings and school board meetings. We provide updates on high school sports and school events. We keep track of breaking news, including police and fire emergencies. We work hard to be timely, accurate and relevant to what is happening in Lynnwood, as well as nearby communities.

Most important to me, the people who cover Lynnwood are journalists. They have journalism and/or communications degrees and understand what it means to be a journalist. I and other veteran staff reporters serve as their mentors and reinforce journalistic principles and ethics. All of us at Lynnwood Today work very hard to be balanced in our news coverage. That means a commitment to represent all points of view on an topic. We are not affiliated with a political party and none of us has run for public office. We also don’t insert ourselves in stories — by offering our own public testimony at public meetings, for example. I stress to all of our reporters that our goal is to cover the news, not be the news.

And this brings me to the reason for writing this column. I read with interest the Everett Herald’s Nov. 11 story about Mario Lotmore, who started the Lynnwood Times two years ago. First, a disclaimer: I have been working in the journalism field for many years, and I understand the value of having competing media organizations. It forces those publications to work harder to get the story. There’s no room for being lazy. It’s a good system for ensuring robust news coverage. That’s been my experience in Edmonds, which is fortunate to have two news outlets: My Edmonds News and the Edmonds Beacon.

But there’s a reason why journalists receive training — either through a college journalism program or on the job, learning from trusted mentors — as they go about their work. There is a code of ethics that we follow. Quoting from the Society of Professional Journalists’ Code of Ethics, we are guided to

– Refuse gifts, favors, fees, free travel and special treatment, and avoid political and other outside activities that may compromise integrity or impartiality, or may damage credibility.

The Herald story, written by Jake Goldstein-Street, stated that Lotmore ran as a Republican for Washington State Senate in 2018. (He lost to incumbent Democrat Marko Liias, in the 21st District). It’s important to add that Binda was endorsed by the 21st District Democrats as well as many other prominent Democrats.

In his report, Goldstein-Street quoted George Erb, secretary of the Washington Coalition for Open Government, and a journalism instructor at Western Washington University:

“By filing a complaint against a Lynnwood City Council member, Lotmore the publisher runs the risk of aligning — or even appearing to align — his news site with partisans,” Erb wrote. “Such an act would be contrary to the values of professional journalists, in particular the value of independent reporting.”

The Herald also quoted Erb as stating that it’s “hard to see how the interests of either the newsroom or the business are well served” by Lotmore’s move.

Former Seattle Times Executive Editor Mike Fancher, now president of the Washington Coalition for Open Government,  also commented to the Herald that “at a minimum, Mario Lotmore’s biography on the newspaper’s website should include his candidacy and volunteering for the Republican Party.”

The journalism profession already has a trust problem. As reported in Forbes, a study earlier this year “revealed that fewer than half of all Americans acknowledge any kind of trust in the mainstream media. Fifty-six percent of Americans, for example, said they agreed with the following statement: “Journalists and reporters are purposely trying to mislead people by saying things they know are false or gross exaggerations.” And Forbes noted that 59% of Americans said they agree with this statement: That “most news organizations are more concerned with supporting an ideology or political position than with informing the public.” And 61% of Americans think that “The media is not doing well at being objective and non-partisan.”

In light of this, I sent a message to Lotmore, asking him if he planned to add his Republican Party involvement to his online bio. I have not yet received a reply.

As journalists, we must have the respect of our community to do our jobs well. We look forward to continuing to serve as Lynnwood’s trusted news source. 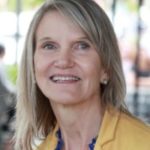