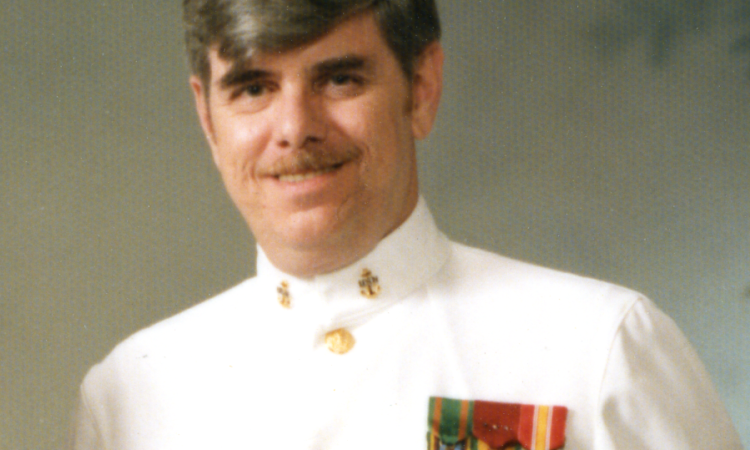 Chief McLellan of Edmonds, WA, transferred to his final duty station on 16 September 2019. Chief McLellan, a native of Little Rock, AR, joined the US Navy at the age of 17, serving at Treasure Island, CA, where he proudly served as bugler at numerous military funerals, Yokosuka, Japan, San Diego, CA and Bremerton, WA.  He also served aboard the USS Hancock, USS Little Rock, USS Valley Forge, and the USS Enterprise.

He met and fell in love with his wife and partner of over 47 years, Darlene, while stationed at the Navy Legal Service Office Yokosuka, Japan.  Harry was an avid genealogist collecting family details for the McLellan and Sarlo lines for 40+ years.  His collection of family histories and correspondence are treasures for his family and future generations.

Harry loved to travel and experience the local culture and people. He visited over 21 countries and returned to Japan and the UK often. He was traveling with his wife, youngest daughter and grandson through England, Wales, and Scotland when he passed. He was doing what he loved in a favorite location, spending time with family and friends.

Services will be held October 30, 2019 at 1 P.M. at Purdy & Walters at Floral Hills in Lynnwood.  He will be inurned with full Military Honors.

“…any man who may be asked in this century what he did to make his life worthwhile, I think can respond with a good deal of pride and satisfaction: ‘I served in the United States Navy.”