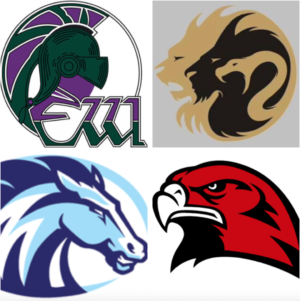 The Edmonds-Woodway Warriors (7-8 league, 10-8 overall) won their final regular season match of the season by sweeping the Shorecrest Scots (7-8 league, 10-9 overall) in three sets. The Warriors qualified for the District playoff “Play In” round as the No. 9 seed and will play at No. 8-seeded Oak Harbor on Thursday, Nov. 3 in an elimination game, with the winner moving on to next week’s District playoff tournament.

The Snohomish Panthers (15-0 league, 15-1 overall) closed out an undefeated Wesco 3A league season with a five-set victory against the Lynnwood Royals (12-3 league, 13-4 overall). Snohomish enters the District’s double-elimination tournament as the #1 seed while Lynnwood qualified as the No. 4 seed. The top four seeds receive automatic berths into the eight-team tournament that begins next week, thus avoiding Thursday’s play in game elimination round featuring teams seeded 5 through 12.

The Hawks victory advances them into the next round of the consolation bracket while the loss ends the Eagles season. Mountlake Terrace will next face Oak Harbor at Shoreline Stadium on Thursday, Nove. 3 at 5 p.m. The winner of that game will qualify for the upcoming state tournament while the losing team will have one more opportunity to qualify on Saturday, Nov. 5. Click here to read more about Tuesday’s game.