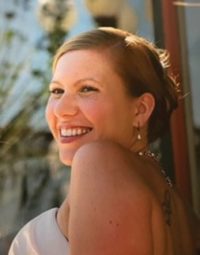 On March 1, 2022, Kristina Anne Brown died peacefully with her family at her bedside having been held with loving support in the challenging final months and weeks of her life. Throughout her struggles, her endurance was remarkable, and she never wavered in her determination and optimism as she met each difficulty with a spirit of resilience coupled with grace and generosity to all who became part of her world.

Kristina was born on May 7, 1974, to Kathlene Mae Tellgren and Ronald Ray Steger in Santa Monica, California. She came into the world with a spirit of curiosity and tenacity and spent her childhood in Southern California. At age 13, she moved to Port Townsend, Washington with her mother, Kathlene.

After high school graduation in 1992, Kristina attended college at Western Washington University in Bellingham where she earned a Bachelor of Arts Degree in English and History. Most of her work career was in marketing where her strength lay in her ingenuity, curiosity, and innovative thinking.

She worked for a time in Bellingham, before moving to Seattle where she met Tim Brown on an outing with a friend. They were married in Port Townsend in August 2005. This began a chapter of her life she cherished most. With their two children, Juliana and Lucas, and a move to Edmonds, Washington, life as a family was at the center of a nurturing environment that allowed her children to thrive.

Her brilliant smile, arched eyebrow, and quirky way of looking at the world are as much a hallmark of her character as her underrated quiet strength and loving, kind presence. Not all lives are meant for length, some are for depth and width and Kristina’s life was a dive into the deep. Her gift was staying as long as she could. Kristina’s body is gone, but her sweet spirit and legacy of love remains as a heartprint on every life she touched.