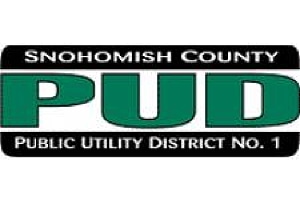 Five Snohomish County PUD power poles were reportedly damaged by vandals in two separate incidents in the Lynnwood area over the past week.

The PUD is working with law enforcement to investigate the vandalism. The incidents have been reported to the Lynnwood Police Department, the Snohomish County Sheriff’s Office, the Department of Energy and the Seattle branch of the Federal Bureau of Investigation.

“We take this type of vandalism extremely seriously,” said Rob Beidler, PUD Security, Services and Business Continuity. “Attempting to damage energized infrastructure is very dangerous and can result in severe injury or even death. We’re very fortunate no one was hurt in these incidents.”

In both cases, vandals were reported to have used a chainsaw to damage power poles, including cutting a power pole down near the intersection of Butternut Road and Maple Road in Lynnwood in the early morning hours of Aug. 14. The damage resulted in an outage affecting 4,000 customers.

On Saturday, PUD security guards discovered four more power poles that also appeared to have been cut by a chainsaw near the PUD’s North Alderwood substation and the Interurban Trail. The power poles, located adjacent to Interstate 5 on-ramps, were reportedly cut but did not fall. There were limited reported power outages as a result of the vandalism, and some communications equipment was temporarily affected.

All damaged poles were replaced by PUD line crews and all outages caused by the incidents have been restored.

The PUD is asking the public to be aware of suspicious activity near all PUD substations or power poles in its service area. Anyone who sees or hears anything suspicious near PUD electrical infrastructure or with information on either of these incidents, are advised to call 9-1-1.