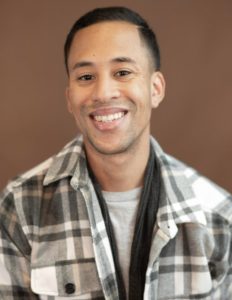 Three years ago, Lynnwood local Jon Meggison would have laughed at you if you told him that he would go on to star in films. But when the COVID-19 pandemic hit and he found himself out of work as a Seattle print model, his agency suggested he try acting. And from there, the 29-year-old’s career took off.

“I had no idea my path would turn into what it is now, because I wanted to play basketball when I grew up,” Meggison said. “That’s the only thing I wanted to do. I wanted to go to the NBA.”

However, life had different plans and Meggison found himself practicing dialogues from movies in front of his mirror as he tried to wait out quarantine at the beginning of 2020. Since most movie filming came to a halt for months, Meggison had no choice but to do his own research and work on teaching himself how to get comfortable in front of a camera.

“It was all self-taught,” he said. “I had to figure out everything by myself.”

Meggison said he had no idea what would happen, but with the endless support from his mother and sisters, he charged headfirst into acting and quickly started landing roles when film crews began working again.

His first job was in a film called Operation Y2K in March 2020 and by the end of the year, Meggison had acted in 11 short films.

“When I did [my first film], I wasn’t too sure what was going to come out of it,” he said. “I just knew that I had to do it. And I’ve never been a quitter, so I stuck to my gut feeling of, ‘This is what I want to do.’ It was weird how everything kind of clicked and came together after that. From there, everything went so fast. And now I’m here today.”

Meggison started his acting journey doing lots of comedy and drama pieces but decided to try his hand at horror and suspense when he felt the need for something new. His first lead role was in the 2021 film A Haunting in Ravenwood, where he played Eric Olsen.

Later in 2021, Meggison won his first acting award for Best Lead Actor in the short film It Takes Talent and was featured in The LA Note’s 30 under 30 list.

Shortly after, Meggison landed another lead role playing Porter Watson in the 2022 film Conjuring the Beyond, which released Tuesday, Sept. 13.

“When I got this script and read it, Porter’s everything that I’m not,” Meggison said. “He’s the complete opposite. So that was really fun to play.”

Meggison said his latest film has done better than he ever imagined. Most of the film crew and some of the actors have produced three films together in 2022, so they know each other fairly well and work well together, he said.

“When we get together, we call it ‘summer camp’ because we’re all just having a good time together and we’re all familiar with each other,” the actor said. “So when we made this movie, we knew it was going to be good. And we got done with the film and were all feeling good about it, but I just had a feeling that this is going to do really well. And I knew it was going to get put out, but I didn’t expect it to be what it is. Like, woah, it really did way more than I expected.”

Conjuring the Beyond has been released to Xfinity, Apple TV, Prime video, Vudu and Spectrum cable, which Meggison said is slowly becoming a dream come true.

Meggison said he was only on set for 12 days before the movie was finished – something that is almost unheard of in the film industry.

“This team has a work ethic that is unmatched,” he said. “They edit and do everything as we film. So [Director Calvin McCarthy] gets the movie finished and completely put together probably two or three days after we’re done filming. And typically, that process takes a couple months. But he is quick. He’s a work horse.”

Despite his quick rise to fame, Meggison still remembers his roots. He attributes a lot of his talent to his friends and family that he spent time with while growing up in Lynnwood. While he never planned to become an actor, Meggison said days spent at the Meadowdale High School basketball courts or perusing the Alderwood Mall were shaping his skills in one way or another.

“This community and the people that I grew up around: They’ve shaped me into who I am today and gotten me to where I am,” he said.

Meggison said he now strives for quality over quantity when it comes to what roles he picks up.

And he has no plans on slowing down anytime soon.

Viewers can see Meggison in action in a WSECU commercial that plays during Seattle Seahawks games as well as two films that are being released in October: Survivor’s Choice, narrated by Eric Roberts – Julia Roberts’ brother – and The Shape, a Michael Meyers fan film where Meggison plays the lead role, Gail.

In addition, Meggison recently scored his first major role in the movie The Legend of Johnny Jones. He will work alongside well-known actors such as Danny Trejo, Jake Busey, Aaron Cohen and Kevin Sorbo.

Filming is set to begin later this fall and Meggison said he can’t wait to be in front of the camera with some of Hollywood’s best.

“It feels right, the camera, the lights; this is where I’m supposed to be,” Meggison said.