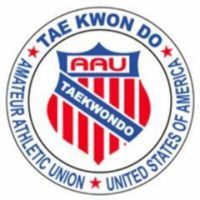 The July 7-10 competition was the first national championship event to be held since the summer of 2019. All belt levels and age groups were invited to compete. In addition, black belt competitors in the Cadet (12-14y), Junior (15-17y) and Senior (18-32y) Olympic Style Sparring divisions had the opportunity to qualify for the AAU National Team Trials, to represent the USA in an upcoming international event.

Team members and their medals are: