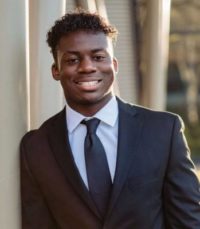 Updated Nov. 4 with a link and details about the second complaint.

Binda is a diversity advocate who chairs Lynnwood’s Diversity, Equity and Inclusion Commission. So far, his campaign has raised more than $27,000 and he swept the Aug. 3 primary with nearly 46% of the vote against two challengers. He is running against former Lynnwood City Councilmember Lisa Utter.

Binda did not respond to multiple attempts by Lynnwood Today to contact him.

According to state Public Disclosure Commission spokesperson Kim Bradford, campaign finances are tracked via the PDC’s website. Candidates are required to amend submitted reports whenever they discover incorrect or missing information, Bradford said.

Since the first complaint was filed, several of the expenditures have since been removed or amended. Bradford said campaign representatives are required to amend submitted reports whenever they discover incorrect or missing information.

The case is in the early stages of investigation, and PDC staff will review the allegations and ask for a response from Binda’s campaign, she added.

“It is far too early to say how the case might proceed or what the outcome might be,” Bradford said.

Under Washington state law, PDC staff have up to 90 days to assess whether a case can be resolved administratively through a reminder, warning or statement of understanding in which the respondent admits to a violation and pays a small penalty.

If the violations appear more serious or more time is needed to collect evidence, Bradford said the case could turn into a full investigation.