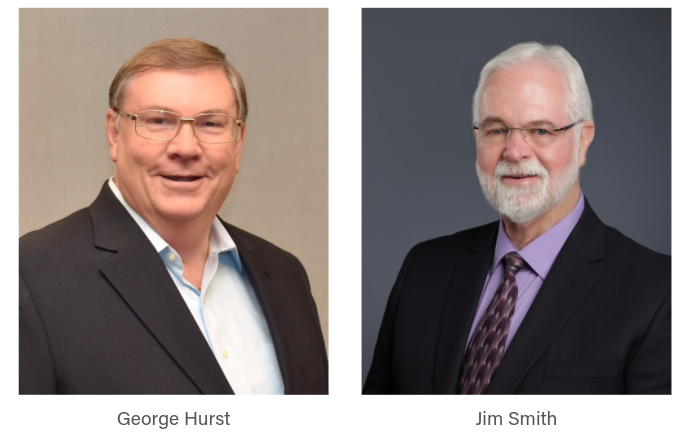 By a 4-3 margin, the council voted at its Jan. 11 business meeting to elect Hurst to the position, replacing former Council President Christine Frizzell, who was seeking re-election. Following Frizzell’s defeat, Councilmember Jim Smith was elected — by another 4-3 vote — to replace Shannon Sessions as the council’s new vice president.

In both elections, Councilmembers Frizzell, Sessions and Ruth Ross voted against the choice of Hurst and Smith.

Prior to the vote for council president, both candidates were allotted time to argue why they should be elected to the position. Speaking to his fellow councilmembers, Hurst said council leadership positions should be rotated more frequently to allow more councilmembers a chance to learn from the experience. He then proposed placing one-year term limits on council leadership positions.

“I do believe there is a good reason to have council leadership rotated around to other council members,” he said.

If elected, Hurst said he would also expand the council’s agenda calendar out to 90 days, meaning the council would plan out future discussion topics. According to Hurst, this is something he has been wanting to do for some time but has been unable to get support from past council presidents..

“It’s not a calendar that’s set in stone but…if we go out 90 days, at least we’ll have an idea of what we’re looking at for the future,” he said.

However, not all councilmembers believed Hurst was ready to be elected president. In response to an earlier claim from Hurst that the council president’s job is a simple one, Sessions said the position comes with more responsibilities than people who haven’t worked in or near the position would think.

“I feel strongly that whoever this person is, be organized and willing to make that extra effort,” she said.

Last week, the council discussed whether it should continue appointing alternates to fill in when the liaison cannot attend a meeting. During the council’s Jan. 4 work session, Smith proposed eliminating some unnecessary alternate positions. After serving as the alternate on the Snohomish County 911 Board, Smith said he thinks the position is unnecessary.

“I would recommend we eliminate the alternate position because it seems pretty useless,” he said.

During the Jan. 11 meeting, the following positions were filled by council members elected by their peers or appointed by the newly-elected president:

Vice President Smith was also appointed to fill a new position as liaison to the South County Fire Board of Commissioners. Last week, Frizzell said the council has been looking to become more involved with South County Fire and learning about how their work impacts and serves Lynnwood.

“Just because they’re not in our budget, (South County Fire is) still a huge part of our community,” she said. “Just to get some feedback on what’s going on there and how it affects our city is important.”

Council Vice President Shannon Sessions agreed with the need for the liaison position. According to Sessions, meeting with South County Fire is something the council has been wanting to do for a while but has not been able to prioritize due to the pandemic.

“I would hope that we do that as early as possible this year,” she said.

At the start of every calendar year, the council holds a mini-council summit for city leaders to informally discuss future priority items they intend to tackle in the months ahead. Mayor Nicola Smith said the council members have proposed several “huge” agenda items.

During the retreat — scheduled for Saturday, Feb. 20 — the council plans tackle multiple topics including a city housing policy, traffic congestion, finding funding to repair/repave residential streets and plans for how and when council meetings will be able to resume in person.

“All of those (topics) are going to be hugely time consuming,” Mayor Smith said.

The council will also conduct a routine review of council standards and practices, making improvements and updates where needed. One agenda item regarding council meetings is ways for the council to handle spontaneous topics not included on the agenda — something the council discussed multiple times last year as impromptu topics were often brought up during meetings at inconvenient times.

During the retreat, the council plans to discuss ways the city intends to continue to respond to the COVID-19 pandemic. While staff assess the impacts the pandemic had on the city’s economy, the council will discuss what policies, if any, would be needed to help Lynnwood businesses recover.

The council will also discuss what may happen when the statewide eviction moratorium ends on March 31.