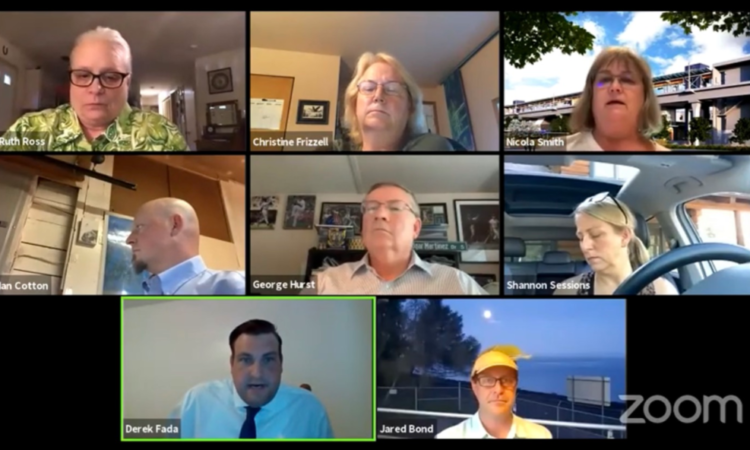 In January, FEMA contacted Lynnwood city staff about plans to adopt a new flood insurance rate map and corresponding study, requiring the city to amend its regulations. However, plans to update the regulations were postponed by the COVID-19 pandemic and staff adopted an emergency interim floodplain regulation.

According to FEMA, a floodplain is an area in a community that will flood as a result of a 100-year storm. In Lynnwood, floodplain areas include Scriber Creek, Hall Lake and Hall Creek.

Under FEMA’s new regulations, Fada said the biggest change for Lynnwood is that Puget Sound is now designated as coastal floodplain, or Zone VE. This is the city’s first Zone VE and only includes the city’s wastewater treatment plant property, which is located along Puget Sound.

The current interim regulations don’t authorize development, but Fada said it will be allowed in the area under the permanent ordinance in the event that development is required on or near the treatment plant property.

No comments were made during the public hearing. Staff will continue to review and process permanent floodplain regulations through August before bringing another draft ordinance to the council in September.

In other business, the council unanimously voted 6-0 (Councilmember Julieta Altamirano-Crosby was unable to cast a vote due to technical issues with her internet) to adopt an ordinance amending the city’s municipal code regarding Lynnwood Police Department jail standards. Councilmember Ian Cotton explained the ordinance addressed outdated parts of the city’s code that are no longer applicable with how the police department runs the jail.

“This update to (city code) identifies several places where we needed to update best practices and come into compliance in some areas, so it’s an improvement,” he said.

Also during the meeting, Councilmember George Hurst proposed two motions for the council’s consideration. First, Hurst proposed appointing Interim Police Chief Jim Nelson to the Snohomish County 911 Board, which provides dispatch services for the police/sheriff, fire and EMS in the county.

Nelson, a deputy chief in the department, was appointed the city’s interim police chief earlier this month after Chief Tom Davis announced his retirement. Nelson will assume his new role as police chief on Aug. 1.

Following a discussion, the council unanimously voted to appoint Nelson to the board.

Next, Hurst made a motion to review and discuss at the council’s Aug. 10 business meeting possible limits to the mayor’s spending authority without council approval.

“I think we’re at a point where because we’re going into (the time to) budget, it would be great to set this financial policy,” he said.

According to Hurst, most other cities in the county have a $100,000 spending authority, at most. In Lynnwood, the mayor has a $250,000 authority that was approved by the council.

“I think it’s time for us to take a look at it during this budget process,” he said.

Following the motion, Council President Christine Frizzell said that city staff raised this topic at a council leadership meeting. However, council leadership are waiting for the staff member to return from vacation before discussing the matter further.

Council Vice President Shannon Sessions agreed that staff should have time to gather the appropriate information before the council talks about the mayor’s spending authority. She also said she would not support Hurst’s motion for discussion at the Aug. 10 business meeting because that is just before the council breaks for its summer recess.

“Certainly, it’s something that needs to be done, but it’s not appropriate (timing),” she said. “

Councilmember Jim Smith, who seconded Hurst’s motion, pointed out that the motion was to discuss, not vote on, the mayor’s spending authority.

“On Aug. 10, if the council doesn’t feel that they have the information they need, they can always postpone it until after the (council’s) vacation is over,” he said. “I’m just kind of not understanding why we just can’t all get along and try…to move this along.”

The motion was defeated 4-3, with Councilmembers Frizzell, Sessions, Altamirano-Crosby and Ruth Ross voting against.