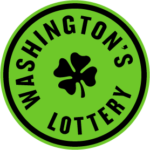 A Lynnwood couple recently found out firsthand that three zeros really can make a big difference.

In July, the couple — who weren’t identified by name — purchased a winning Hit 5 Washington State Lottery ticket that they thought was worth $360, only to found out it was actually worth $360,000.

After buying the ticket at their local Fred Meyer, the husband went in to check if they had won anything. Originally, he read that they had won $360, so he tried to collect his prize at the store. The employee said his prize was too large to cash there, and he would have to visit a Lottery office in person to claim it. Confused, the husband asked why, as it was below the store limit of $600. The employee explained the prize was not $360, but actually $360,000. After seeing his shocked expression, the employee asked, “Do you need a chair?” to which the husband responded, “No, I need to go cash this!” and bolted out the door.

Before claiming the prize at the Lottery’s Everett regional office, the husband first told his wife, who was very shocked as well. The two stared at the ticket and couldn’t help but ask, “How is this tiny piece of paper worth $360,000?”