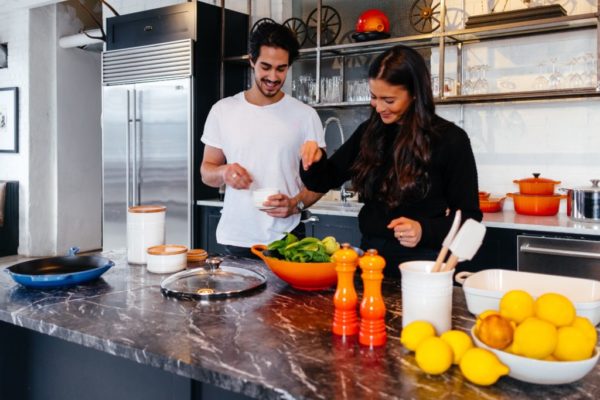 It’s better out there now that quarantine has been going on for a while. Shelves are being restocked at a rapid pace, and getting household essentials is relatively easy again…

But the truth of the matter is, that’s only half the battle. The reality is that many people are either unemployed, or working less hours, which means a hefty pay cut.

The only way to get through is to economize where you can, starting with a very expensive bill: groceries.

The amount of money food costs is astounding, depending on what you purchase. Meat, fish, specialty pantry items, prepared meals and drinks can quickly have you spending well over $200 on one week’s worth of groceries alone.

But that doesn’t have to be the case. As it turns out, some of the most nutritious food out there is not only easy on your wallet, but on your waistline — all without sacrificing flavor or comfort.

We’re going to use Walmart prices, since they seem to be the general average when comparing volume by volume. No specialty, organic grocery store prices — we’re talking about saving money and not having to really strategize here.

The exception would be baked or refried beans, which mark up the price by double thanks to the added sugar.

Stocking up on beans means you can make chili, black bean soup, beans and rice (we’ll get to that), lentil soup, grain bowls, burrito bowls, and much, much more.

Did you know there are many varieties of rice? Speaking about the most common staple —  the cheapest, long grain white rice — is roughly $4.94 for 10 lbs. That’s plenty of rice to feed a whole family for a while, and it’s cheaper than getting the smaller 32-oz. bag for $1.28.

For a more nutritious option, brown rice and wild rice are better — and still cheap at $1.37 for a 32-oz. bag. And it’s just as versatile and filling.

At Walmart, you can get a dozen eggs for as little as 98 cents. Before you question cage-free or not, keep in mind that the term means they are free to roam the crowded, unhealthful hen house — not the pleasant outdoors. There’s technically no reason to pay extra for a term that essentially means nothing.

Now eggs are nature’s best food, and here’s why: They’re cheap, they’re loaded with protein (so keep you full), and they’re so versatile. They go great by themselves, with pancakes, served with sausage, made into a veggie tart with veggies that are about to spoil, or even used as custard for dessert.

When you pay for drumsticks, breast or thighs, you’re not just paying for the meat — you’re paying for the labor involved by the butcher — the cutting, cleaning, slicing.

And that means while you’ve been paying $5-$9 for chicken parts, you could have been spending $5.47 for a whole chicken and done the work yourself.

But apart from the savings, there’s a few other upsides: With the carcass, you can make stock, and turn that into chicken soup or use it to boil those legumes, like lentils. With the extra meat you’ll get, you can make at least an extra family meal.

Most people assume eating vegetables means organic, locally-sourced, premium pricing, etc. But the truth is certain produce is cheap pretty much all year-round.

Items like cabbage, potatoes, applesand even canned tomatoes can elevate any dish without breaking the bank. Onions, spinach and carrots are also cheap. In fact, doing the math on all of these items combined, and counting four Gala apples, adds up to only $10.76.