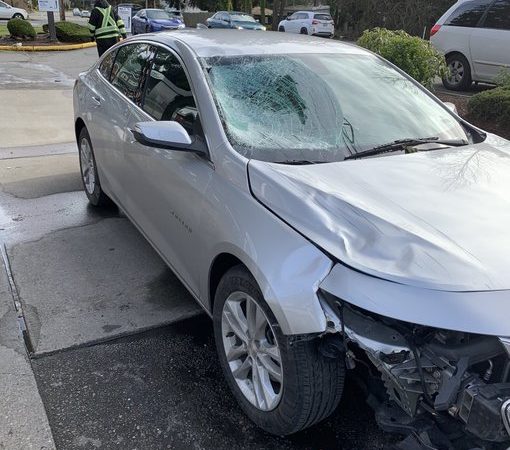 The Washington State Patrol on Friday arrested a 27-year-old Bothell man for investigation of felony hit-and-run after two pedestrians — including one from Lynnwood — were struck while they were walking along Highway 524 in Bothell earlier Friday.

The state patrol identified one of the victims as 32-year-old Carson Cox of Lynnwood. The other victim was a woman but her exact age and city of residence was not immediately known. Her name was being withheld pending notification of next of kin.

The two pedestrians were walking along the north side of Highway 524 when they were struck by a 2018 Chevrolet Malibu. State Patrol Trooper Rocky Oliphant told our online news partner The Seattle Times the victims died at the scene and were found by a jogger around 10 a.m.

A State Patrol trooper had stopped by a nearby 7-Eleven to review surveillance footage when he looked out the window and saw a silver Chevrolet Malibu with a cracked windshield pull up outside, Oliphant told The Times. When asked about the windshield, the man said he thought he had hit a trash can on his way to work that morning, but didn’t stop afterward.

State Patrol took him into custody and booked him into Snohomish County Jail later Friday on investigation of two counts of felony hit-and-run.