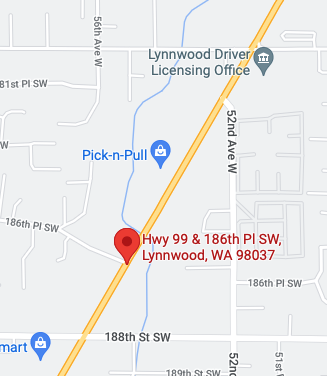 Lynnwood police are looking for at least one suspect involved in the shooting of a 14-year-old Lynnwood boy Tuesday night at around 7 p.m.

According to Lynnwood police spokesperson Commander Sean Doty, the boy who was shot was among a group of four juveniles who were walking near 186th Place Southwest and Highway 99. A vehicle, later described as a dark SUV with a loud exhaust, pulled up next to them as they were walking. A subject inside the vehicle fired at least one round at the group, hitting the 14-year-old in the arm.

The victim was transported to Providence in Everett and was treated for the gunshot wound.

Police are still investigating what prompted the gunfire.