Skyler MacKay was just four days old when he entered the foster care system. Adopted into an unsafe home, he spent five years there before going back into foster care at the age of 6. That’s when Lisa MacKay took him in, eventually adopting Skyler. Now her 14-year-old son is using his childhood experience to help other foster kids.

“I’m working on my Eagle Scout project, collecting at least 1,000 toys for children coming into foster care in our community,” said Skyler, a member of Lynnwood-based Troop 49. “So often, they only have the clothes on their backs and nothing else. It’s important to me because I know first-hand how hard it is to lose everything.”

“He came up with the idea when he was just 8 years old,” said Lisa. “I thought, oh yeah, that will change 500 times before he gets there, but it didn’t. He’s single-minded because it has a deep and personal meaning for him. He wants to get at least a thousand toys. We’d be thrilled if he gets more.”

A Lynnwood resident and freshman at Mountlake Terrace High School, Skyler has engaged some of his classmates in the project. Each toy has an encouraging card or letter attached, so he’s rallied others to help with the notes -– school friends, scout troops, even workers at Amazon where he buys the toys.

“Skyler says that during really dark and hard times, a word of encouragement could mean more than the toy itself,” Lisa explained.

He’s more than half way to his goal, with around 630 toys that have been purchased then donated to local offices of Child Protective Services.

“I’m looking for toys for all ages,” Skyler said. “In my experience, people like buying a cute stuffed animal for a baby or toddler but I also want to offer older kids something, like bluetooth earbuds, drawing and sketch sets, wireless speakers.”

His biggest needs right now are more Lego sets as well as art supplies. “I have a QR code that takes people to my Amazon wish-list where people can buy toys. I also have a GoFundMe page. It has about $5,000 so far and I use it to fill in the gaps. I go after deals when they pop up. I bought a 1,000-piece Lego set for $25.” 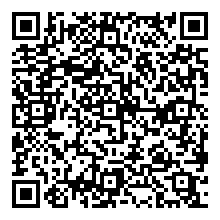 Skyler’s scoutmaster, Shane Hazard, noted that this project started more than a year ago. “Just because of the sheer magnitude of what he’s trying to accomplish. I’d say this is probably the largest undertaking I’ve ever seen as a scout leader,” Hazard said. “Skyler’s leadership, growth and maturity are astounding. He talks to nonprofits about his project, to veteran groups, Cub Scout packs. He reaches out to the media. It’s taken a lot of planning and he’s laser focused.”

Shane added that Skyler’s empathy for others is beyond his years. “Considering what he’s gone through, the compassion he has is remarkable.”

Skyler’s mother has always seen a tender kindness in this boy who had a rough start. “You know, he has a passion for helping people. It really upsets him when he sees someone not being treated well. With his history, he feels strongly about that,” Lisa said. ”He’s written letters to the governor, the attorney general and legislature, saying we need laws that do a better job of protecting kids.”

Skyler’s compassion somehow even extends to the foster care system itself. “It’s not perfect but it helps tremendously,” he said. “If it wasn’t there, I don’t know what would happen. It takes a special kind of person to work in one of those jobs. They’re very important people.”

”I think Skyler will have an impact not just on our community but the entire region,” Hazard said. “He’s reaching kids who will never meet him and in ways that he will never know about. With this project, Skyler is telling all those kids, somebody out there has love and hope for you. You can get through this. Hang on.”