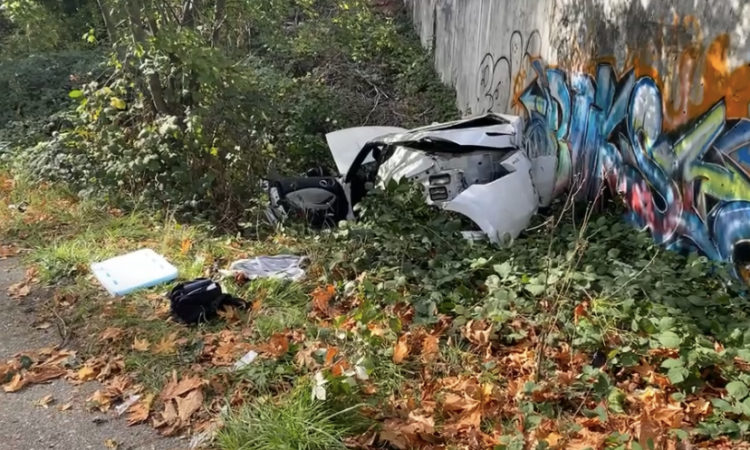 A 65-year-old man was seriously injured Wednesday after his vehicle rolled over and crashed into a retention wall near 44th Avenue West and 164th Street Southwest, according to the Lynnwood Police Department.

The Everett man was driving northbound on 44th Avenue West at approximately 1:30 p.m. Wednesday when the vehicle rolled over, crashing into the retention wall near an apartment complex. The crash resulted in road closures between 164th Street Southwest and 168th Street Southwest. The driver, the vehicle’s sole occupant, was transported to Swedish Edmonds Hospital for his injuries.

Lynnwood Police spokesperson Joanna Small said the man was driving uphill when his vehicle rolled over. Officers are investigating whether  speed contributed to the crash and caused him to lose control of his vehicle, Small said.