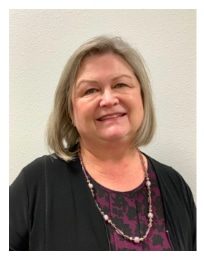 At its Jan. 13 business meeting, the Lynnwood City Council voted to appoint Smith and the other members to a two-year term on the board. The new members were confirmed Jan. 16. All jurisdictions within the transit agency’s service district meet every two years to choose nine board representatives.

“Lynnwood is the hub of South Snohomish County,” Smith said. “Community Transit has been a terrific partner in working with our city as we plan for light rail, and I hope to strengthen the bond by serving on Community Transit’s Board of Directors.”

Sound Transit’s Link light rail will reach Lynnwood and Mountlake Terrace in 2024. Community Transit is engaged in a “Vision 2024” effort to expand and realign its bus service to integrate with the light rail system by that time.

The Community Transit board is comprised of nine elected officials from Snohomish County and the cities within the transit agency’s service district, as well as a labor representative selected by the agency’s bargaining units.

The new board will elect officers at its first meeting on Thursday, Feb. 6.