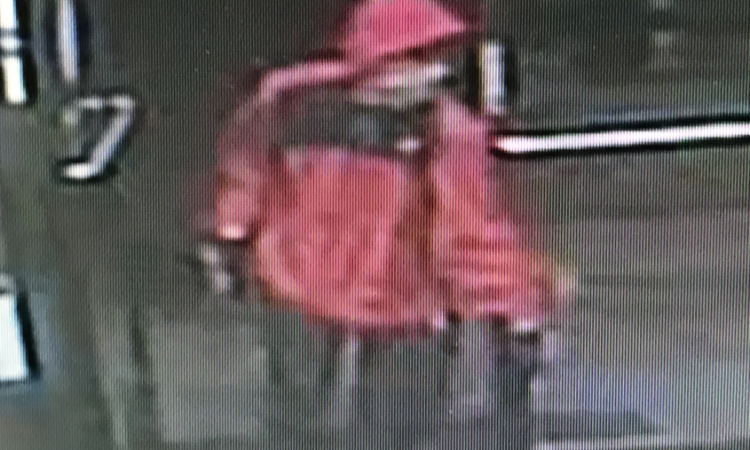 The Snohomish County Medical Examiner’s Office has released the name of the Edmonds man who died after being shot while working at the 7-11 store along Highway 99 Friday, Feb. 21.

The man was identified as Nagendiram Kandasamy and the manner of death was a gunshot wound, the medical examiner’s office said.

A customer who entered the 7-11 — located at 8101 238th St. S.W. — found the unresponsive clerk on the floor around 5 a.m. Friday. Police units from across Snohomish County, King County and the Washington State Patrol responded to the area and a K-9 unit was dispatched in an unsuccessful attempt to track and locate the suspect.

Police are still searching for the suspect, and have released a still photograph from the video in the hope that the public can help identify him. He is described as a white male, possibly in his 20s, wearing black shoes, black pants and a red and black jacket. The hood of the jacket was up and his face was covered when he entered the store.

There is also a surveillance video of the suspect and a photo of a vehicle that may be related to this case in our previous story.

Police said the subject is a serious threat to the public, so anyone seeing him should not approach him and instead call 911 immediately. Anyone with information about this incident should contact the Edmonds Police Department at 425-771-0200. A phone tip line is available by calling 425-771-0212. Online tips can be submitted through  www.edmondswa.gov/police/anonymous-tip.html.