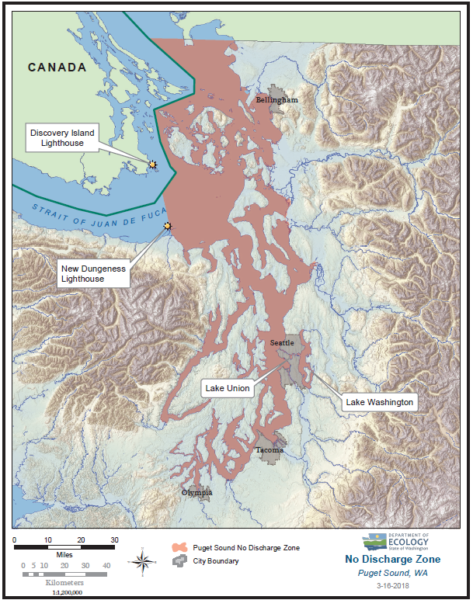 Boating season is right around the corner, and knowing where to pump out your boat’s wastewater is important for following the Puget Sound No Discharge Zone (NDZ) rule.

In August 2020, Washington Sea Grant, along with the Washington State Parks Clean Vessel Act grant program, announced that Pumpout Nav, a free app for boaters, had expanded to Washington state. This app is available for both iOS and Android and allows boaters to find one of nearly 200 pumpout and dump stations in Washington, along with hundreds of pumpout facilities in Oregon and California. Pumpout Nav is a tool to help boaters keep the waters in Puget Sound, and along the coast, healthy and clean by showing locations of sewage pumpout stations, dump stations, and floating restrooms to avoid sewage from entering the aquatic environments.

Boaters can create an account to log pumpout activity, plan their next pumpout stop, and save their favorite pumpout locations. The app can also be used to report issues at a specific pumpout station to help marinas and waterfront facilities keep track of, and stay on top of, repairs. Pumpout Nav uses boaters locations to show the nearest pumpout stations, as a map or a list, as well as listing each location’s operational status, hours, cost, and exact location within the marina. Once a facility is selected, it also provides information about environmental risks and regulations in regards to sewage discharge and instructions on how to use the pumpout station. Aaron Barnett, Washington Sea Grant’s boating program specialist, said “It’s a really interactive and easy-to-use tool for boaters.”

If you are new to boating, Pumpout Washington produced this video as an introduction to pumpout stations. Pumpout Washington also shares adapters to make it easy to use a pumpout station without spills; so far, more than 13,000 pumpout adapter kits have been distributed. A group of teenagers in Port Townsend recently built  boxes to demonstrate the proper way to connect adapters to pumpout stations.. For more information about this project, hosted by the Northwest Maritime Center, visit the website.

These functional pumpout stations are critical for boaters to comply with the NDZ Rule, which has been in effect since May 10, 2018. The Department of Ecology states that “boaters are now not allowed to discharge sewage, treated or untreated, into Puget Sound.” It is now illegal in certain areas of Puget Sound and adjoining waters to dump sewage into water for Type I and II vessels. These areas are outlined on the Department of Energy website and shown in the map on the right. The Vessel Sewage NDZ includes all Washington marine waters east of the New Dungeness Lighthouse, located at the east end of the Strait of Juan de Fuca, plus Lake Union, Lake Washington, and the waters connecting them to Puget Sound. Pumpout Nav is a great resource for boaters to locate pumpout facilities within the NDZ and comply with the law.

Pumpout Nav was first developed by the San Francisco Estuary Partnership and The Bay Foundation in partnership with the California State Parks Division of Boating and Waterways’ Clean Vessel Act in order to help boaters to locate pumpout facilities and keep the waters healthy and clean.