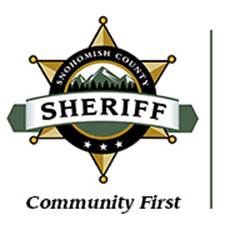 Newly-elected Snohomish County Sheriff Adam Fortney announced Tuesday that he has reinstated a deputy sheriff who had been fired last October in connection with a 2018 high-speed pursuit near Bothell that culminated in the fatal shooting of a 24-year-old Edmonds man.

Deputy Art Wallin had been fired by former Sheriff Ty Trenary, whom Forney defeated during the November 2019 general election. In reporting on Wallin’s firing last fall, our online news partner The Seattle Times noted that the decision differed sharply from the one made nearly three months ago, when the Snohomish County prosecutor decided not to file criminal charges against Wallin, concluding a jury would have found the shooting justified.

In a nine-page letter dated Oct. 3, Trenary determined Wallin violated sheriff’s office policies when he initiated a vehicle pursuit on Oct. 23, 2018, then used unauthorized force when he twice fired into the windshield of the stopped pickup, killing Nickolas Peters of Edmonds

The county also settled a federal lawsuit with Peters’ parents for $1 million.

But in a statement issued Tuesday, Fortney – who served as a long-time Snohomish County Sheriff’s Office sergeant before he was elected — said that he was among many sheriff’s office employees who were “shocked” by Wallin’s termination.

After he was elected, Fortney said that he “made no promises to Deputy Wallin other than I would give the case a second look.” After reading the entire case file, including additional information that he did not have prior to taking office, Fortney said he determined that Wallin’s termination “was not justified and that his actions were reasonable under the circumstances the suspect chose to put him in that night.”

These circumstances included the fact that Peters was under the influence of alcohol or drugs, posing a danger to other drivers on the road, and that the suspect was using his truck as a weapon to ram patrol vehicles.

“Deputy Wallin’s decision to use deadly force was within policy because he was protecting his partner and the community from an imminent threat of death or serious bodily injury,” Fortney said in his statement.

“The bottom line is, Deputy Wallin never should have been terminated in the first place,” Fortney said. “Deputy sheriffs are expected to make split second decisions in situations which are tense, uncertain, and rapidly evolving. The incident the former administration terminated him for would fall under this category. Deputy Wallin believed his partner’s life was in danger when he chose to use force. I believe Deputy Wallin’s actions were reasonable under the circumstances in which they occurred.”

Reporting Tuesday on Fortney’s decision, The Seattle Times said that records indicated Fortney was Wallin’s supervisor the night of the incident and permitted the chase to continue when higher-ups, including then-Sheriff Trenary, believed the pursuit should have been called off. Fortney, a 23-year sheriff’s office veteran, was disciplined for his actions that night, documents say, though they don’t detail how, the Times added.

The Times story said that Fortney was a sergeant in the department when he ran against and defeated Trenary in November. Wallin’s firing had become a campaign issue; Wallin supported Fortney for sheriff and there were allegations that his termination was retaliation.

The Times also reported that Jeffery Campiche, one of the attorneys for Nikolas Peters’ parents said the family is “disappointed and concerned” by Wallin’s reinstatement. “The family’s concern is that Deputy Wallin has demonstrated a willingness to unnecessarily use deadly force in situations that don’t justify it,” Campiche said. He pointed to the internal investigation summary, which concluded there was “No statement, information or evidence to show that Nickolas Peters was known or believed to be armed with a firearm or deadly weapon at the time of the encounter, or that he displayed a weapon or threatened deadly force on the either deputy or his passenger. His vehicle was effectively pinned and disabled.”

You can read more information in Tuesday’s Times story here.