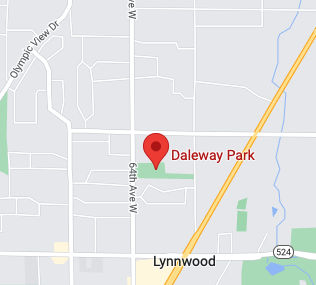 This story was updated on May 27 at 4:35 p.m. to include a written statement from the victim’s family.

The 70-year-old Lynnwood man shot and killed while sitting in his car at Daleway Park last month had used his cellphone to film the altercation that ultimately resulted in his death. Those are among the details included in Lynnwood police documents related to the case filed this week in Snohomish County Superior Court.

Lynnwood police on Wednesday announced they arrested a 21-year-old Marysville man believed to be involved in the shooting death of Carl Bridgmon. Police say the suspect taken into custody Tuesday and booked into Snohomish County is believed to be the driver of the vehicle from which shots were fired.

According to probable-cause documents filed in connection with the Marysville man’s arrest, around 2:15 p.m. on April 5 officers were dispatched in response to reports of multiple calls of shots fired at Daleway Park. Many callers also noted two men fleeing the scene on foot toward 190th Street Southwest as well as a black sedan leaving the area.

Upon arrival, officers found a deceased Bridgmon in his vehicle, with multiple bullet holes in the driver’s side door.

According to a statement from his family, Bridgmon frequented the park often, enjoying a cup of coffee there several times a week.

Police were able to track down the two men who fled on foot, both 18-year-olds. Upon further questioning, they learned that the two teens had come to the park to purchase marijuana from an individual they contacted on Snapchat.

When the teens arrived, they were instructed to meet the individual in his car. One teen got into the passenger seat of the car, noting one person in the driver’s seat and another in the rear passenger seat.

An argument ensued and both occupants of the car began punching the teen. Unable to get out of the car, the teen requested assistance from the other teen, who was able to pull him from the car. The two started running and told police they soon heard loud pops coming from behind them. Turning around, they noticed the man who had previously been in the rear passenger seat of the vehicle had a rifle and was shooting at them.

Officers searched Bridgmon’s phone and discovered he had filmed the altercation from his vehicle in the parking lot. Unfortunately, Bridgmon “ultimately captured his own shooting and death,” police wrote in the charging documents.

The cell phone video largely corroborated the teens’ story, police said, showing the sedan’s passenger getting out and firing at them as they fled. The video also captured bullets hitting Bridgmon’s car before the cellphone lowered.

Police received an anonymous tip on April 11 from Crimestoppers that helped lead police to the suspected driver of the sedan. The anonymous source told detectives that the suspect had been driving a black sedan registered in his mother’s name, and that the gun used in the shooting was registered to the suspect.

Further investigation found the suspect’s family had at least three guns registered in their names at the time of the shooting, but none use bullets matching the 7.62×39 mm rifle casings found at the crime scene.

Police obtained a search warrant for the suspect’s phone records and a GPS search confirmed the suspect had been in the general area of Daleway Park at the time of the shooting.

On Tuesday, May 24, the suspect was arrested outside his sedan in Marysville.

On Friday, May 27, Bridgmon’s family asked Lynnwood police to release this statement on their behalf:

“We would like to send our deep appreciation and thanks to Detective Arnett and the Lynnwood Police Department for their diligent work in apprehending one of the suspects in our father’s shooting. They have worked tirelessly to seek justice for our family, and we have faith that they will catch the remaining suspect.

“While we still mourn Carl’s death and are incredibly angry over the senseless actions of the people who took him from us, we find a measure of solace that the justice system can move forward in holding accountable those who are responsible for this crime.

“Thank you to those who have respected our privacy at this difficult time. This will be our only public statement until there is any further development.”

Police are still seeking tips about the passenger in the vehicle who fired shots, as well as any other information about the investigation. Tips can be directed to Detective Jacqueline Arnett at 425-670-5669 or Crimestoppers at 1-800-222-8477.