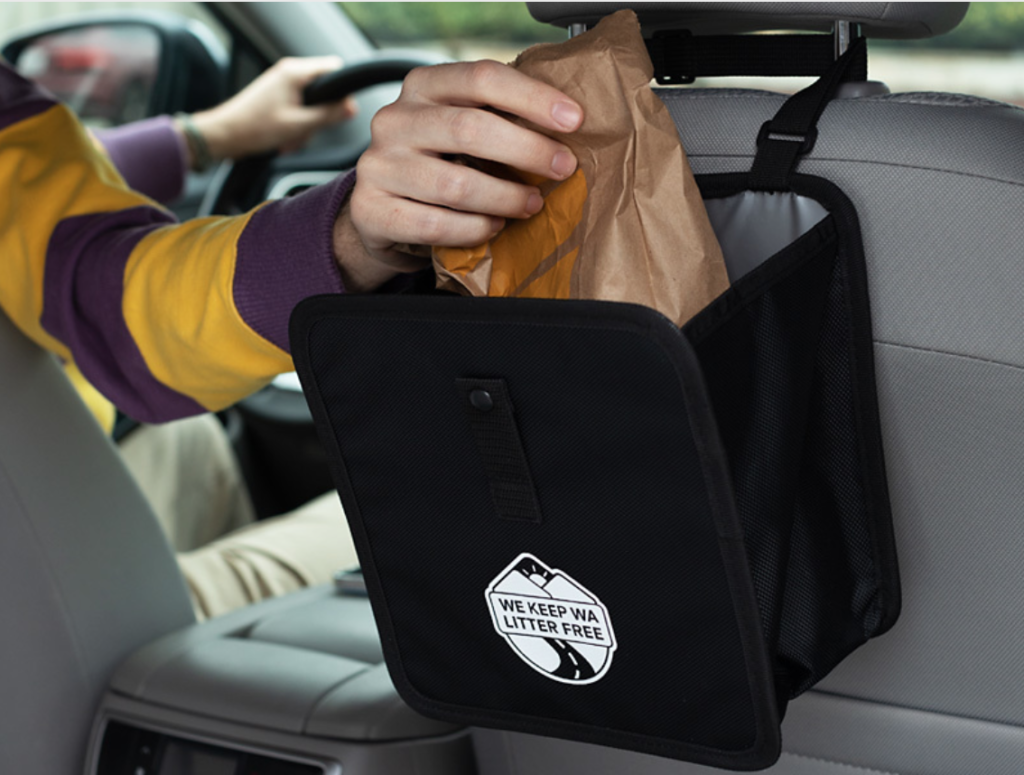 More than 75% of Washington residents choose to not litter and about 26% of litterers would be motivated to stop if a friend, family member or passenger asked them to refrain, according to 2021 research commissioned by the Washington State Department of Ecology.

These numbers sound promising, but the truth is that more than 18 million pounds of litter accumulate annually on Washington’s roads, parks and recreation areas, the department said in a Monday news release.

Preliminary results from a 2022 statewide litter study show 24,001 litter items per mile on Washington’s urban interstate highways. Plastic food wrappers, snack bags and cigarette butts are some of the most commonly found items. In the ecology department’s 2021 research, people also identified not having a car trash bag as the top reason that they litter.

The Washington State Department of Transportation and the ecology department together spend more than $9 million annually on cleanup efforts – pickup crews and volunteers collected 357 tons of garbage in July alone. Unfortunately, this is only a small fraction of what is tossed on the road, and millions of pounds of waste gets left behind.

“Litter adds up when we don’t make simple choices to properly dispose of garbage. It damages our environment, hurts wildlife, and threatens public health, safety and our economy,” said Washington Gov. Jay Inslee. “Ultimately, our success is determined by people choosing to not litter.”

Ecology’s “Simple As That” campaign is designed to help prevent litter by changing the behaviors that cause it.The campaign gives people simple tips to avoid littering and motivates them to talk to their friends and family about living litter free. It encourages Washingtonians to:

Always have a dedicated container for collecting trash. Use a litter bag while traveling to keep your vehicle tidy and reduce the chances of littering accidentally when you open a door or window. When visiting parks and other recreation areas, bring a bag with you so it’s easy to pack out what you packed in.

Hold on to trash from your travels until you reach a waste receptacle at a gas station, rest area or your destination. It may not seem like a big deal to toss the occasional bag or bottle on the ground, but those decisions add up to millions of pounds of litter (and millions of dollars of clean up) every year in Washington.

As a part of the campaign, the ecology department is running statewide advertising in English and Spanish and partnering with Fred Meyer stores to give away free car litter bags to shoppers. In addition, it is distributing a Litter Prevention Toolkit to allied government agencies, jurisdictions and nonprofit organizations to help reach Washington residents.

“Litter is a big problem with simple solutions. Small actions like keeping a litter bag in your car to collect garbage can make a huge difference,” said Amber Smith, the department’s statewide litter prevention coordinator. “It’s critical for us to stop litter at its source. When you take care of your trash the right way, you help create a litter free Washington and set a good example for others. We need everyone to do their part.”

This effort is a part of the ecology department’s ongoing We Keep Washington Litter Free campaign in partnership with WSDOT, the Washington State Patrol and the Washington Traffic Safety Commission. The campaign focuses on different littering behaviors through several sub-campaigns, including the significant safety and environmental impacts ofunsecured vehicle loads.

From January through July 2022, 816 tons of litter and debris were removed from Washington roadsides. This work was done by WSDOT’s maintenance crews, Ecology’s Youth and Adult Corps, Department of Corrections crews and WSDOT’s Adopt-a-Highway volunteers. Of the 357 tons of litter collected in July, 36 tons were cleaned by Adopt-a-Highway volunteers.