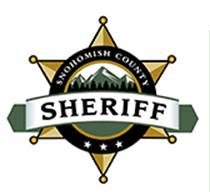 The Snohomish County Sheriff’s Office is investigating an attempted murder-suicide that occurred early Friday morning at an apartment complex in the 12900 block of Mukilteo Speedway.

According to sheriff’s office spokesperson Courtney O’Keeffe, deputies responded at approximately 12:15 a.m. on Friday to reports of multiple gunshots. They located the victim, a 48-year-old woman, with a gunshot wound to her torso. Deputies immediately began rendering first aid to the victim, who was soon transported to Harborview Medical Center with life-threatening injuries, O’Keeffe said.

The suspect, a 64-year-old California man, was located with a single gunshot wound to the head and was pronounced dead at the scene. The suspect was identified as the victim’s estranged husband.

During the investigation, deputies learned the victim arrived home from work just after midnight. As she was walking to her apartment in an exterior hallway, the suspect shot her before shooting himself. The firearm was recovered at the scene.

Positive identification of the decedent, as well as cause and manner of death, will come from the Snohomish County Medical Examiner’s Office, O’Keefe said.