The Sno-King School Retirees has awarded three of its four $2,000 renewable scholarships to Edmonds School District seniors. These scholarships are for seniors who are planning to be educators upon their college graduation.

Mae Cramer attends Lynnwood High School and is planning to obtain a degree in elementary education from Gonzaga University. Since she was 0 years old, her dream has been to be an elementary school teacher; she will pursue this degree along with one in women’s and gender studies. While in high school, Cramer has shown leadership abilities in student government and clubs. She is secretary of the class of 2020, president of Intersectional Feminism Club, a student adviser on the Edmonds School Board, and head editor of the student newspaper.

Sydni Hillman said that she wants to be an educator to help others have the successes she has received. She attends Scriber Lake High School in Edmonds and plans to attend The Evergreen State College next year. Hillman started high school at Edmonds-Woodway and transferred to Scriber Lake as a sophomore,where she has excelled in a different learning environment. “She now understands that she has a different learning style and what she needs to do to be successful. Her future goal is to return home and support others as she has been supported,” the scholarship announcement said. 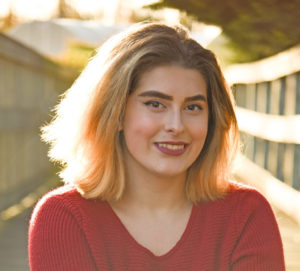 A degree in history education is in the plans for Madison “Madi” Strahan, a senior from Lynnwood High, and a future Shoreline Community College and Central Washington University student. She has been very busy, especially during her summers, furthering her knowledge of American Sign Language, which was a course during her first two years of high school. She has attended two summer camps and received credit for the one through the UW. Strahan has also been employed at retail stores for several years, learning important skills in working with the public.