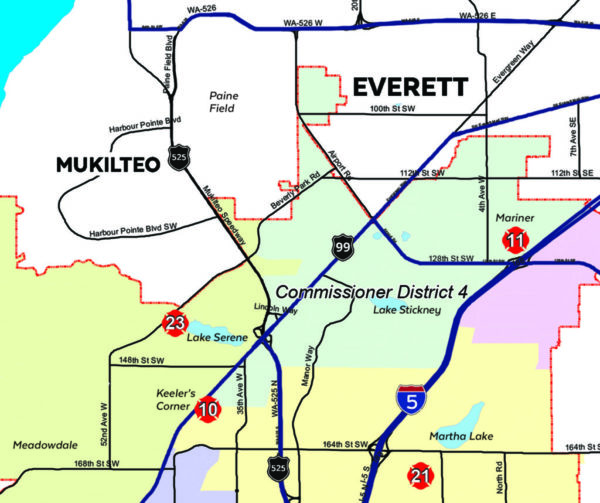 South County Fire is seeking candidates interested in filling a vacant seat on the Board of Commissioners.

The seat was left vacant after District 4 Commissioner David Chan was elected in November to an at-large commissioner seat.

The vacant position will be filled by board appointment. Candidates must be registered to vote and live within the boundaries of Commissioner Election District 4, which includes the unincorporated neighborhoods of Olivia Park, Mariner and Lake Stickney. The candidate appointed to fill the vacant seat will serve until the 2023 general election.

The seven-member elected board oversees the regional fire authority’s long-term vision and guides the staff in achieving the goals of the RFA. Board members also represent the RFA on intergovernmental boards and committees. Commissioners attend board meetings in the evening on the first three Tuesdays of each month.

Completed applications and questionnaires are due at Headquarters no later than 5 p.m. on Jan. 5, 2021.