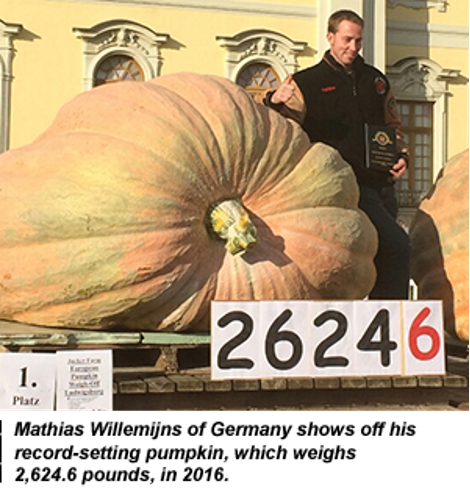 Corn might be the king of U.S. crops, but pumpkins are always in demand this time of year by kids and others celebrating fall’s festivities.

Here are several interesting tidbits about one of America’s favorite fall gourds.

Pumpkin beer has plenty of fanfare. Pumpkin beer was actually a thing hundreds of years ago when the Pilgrims arrived in America as pumpkins were plentiful and provided an easy source of fermentable sugar. Who knew?

Pumpkin carving started with the Irish. Jack-o’-lanterns were first carved by the Irish and Scottish using turnips and potatoes. They used the carved vegetables as part of their Celtic celebrations. Immigrants brought their carving traditions to America, but found that pumpkins were an easier vegetable to carve.

There are more than 40 varieties of pumpkin. The best pumpkins to use for cooking are Bab Pam, Autumn Gold, Ghost Rider, New England Pie Pumpkin, Lumina, Cinderella and Fair Tale. Most of the pumpkins you see on roadside stands and farms are for decoration only and not very tasty