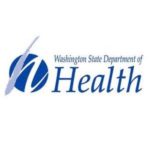 A human case of West Nile virus has been reported by Benton-Franklin Health District — the first case of the virus in Washington state this year. Health officials advise people to take action to avoid being bitten by mosquitoes as West Nile Virus is currently circulating in several counties in Washington.

The majority of people infected with West Nile virus do not get sick. About one in five will develop a fever or other symptoms that go away without medical treatment. For a small number of people, West Nile disease can lead to permanent neurologic effects or death. People over age 60 and those with certain medical conditions are most at risk of severe disease.

– Use an effective, EPA-registered insect repellent.
– Cover up – wear long sleeves, long pants, and socks when outdoors.
– Avoid mosquito prime time. Many mosquitoes bite in the evening between dusk and dawn. Take extra care to use repellent and protective clothing during evening and morning hours.
– Mosquito-proof your home by installing or repairing screens on windows and doors to keep mosquitos outside. Reduce mosquito-breeding areas around your home by emptying standing water from flower pots, gutters, buckets, pool covers, pet water dishes, discarded tires, and birdbaths on a regular basis.