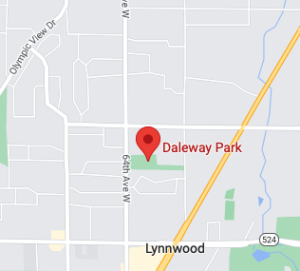 The man who was arrested in Tacoma Oct. 22 for the alleged shooting of 70-year-old Lynnwood resident Carl Bridgmon in April has been charged with first-degree murder.

The 24-year-old suspect, Raven Daniel Lonewarrior Brealan, was charged Oct. 25 with the murder of Bridgmon, an innocent bystander. His bail was set at $2 million.

According to Bridgmon’s family, it was not uncommon to find him sitting in his car at Daleway Park, drinking coffee and watching birds. On April 5, Bridgmon was doing just that when an argument in another vehicle broke out. Shots were fired and Bridgmon, who had begun filming the dispute, was struck in the leg. He died before officers arrived on the scene.

In May, officers arrested the suspected driver of the vehicle from which shots were fired. The 21-year-old suspect, Leif Smith, has also been charged with first-degree murder.

According to police reports, the dispute was caused over a pound of marijuana. Smith and Lonewarrior Brealan were meeting up with two 18-year-olds to sell them the drug, but when one of the teens asked to open the bag to inspect its quality, an argument quickly broke out.

One of the teens told police both men began attacking him, repeatedly punching him and trying to take his money. The other teen stepped in and both immediately began running from the scene. As they ran, they heard loud popping noises behind them. The passenger sitting in the rear of the vehicle, now suspected to be Lonewarrior Brealan, was firing a compact rifle at them.

Neither of the teens was struck, but Bridgmon’s vehicle was hit by multiple bullets on the driver’s side.

Lonewarrior Brealan was arrested at the Amtrak station in Tacoma before he was able to catch a train back to California, where he lives. The suspect argued with police and resisted arrest, but was eventually placed in handcuffs.

In his interview with police, Lonewarrior Brealan said he had driven to Washington to bring Smith two pounds of weed to sell. Smith had purchased weed from him before but it had previously been shipped in the mail.

According to court charging documents, Lonewarrior Brealan told police that after the first teen got into Smith’s vehicle, the teen produced a handgun and pointed it at Smith, attempting to rob him of the marijuana. Lonewarrior Brealan said he grabbed for the handgun and wrestled it away from the teen. He then stated that he wrapped one hand around the teen’s neck, put the gun to his head and pulled the trigger multiple times. When the gun did not fire, Lonewarrior Brealan said he instead planned to rob the teen and beat him up, eventually throwing him out of the car and leaving him there.

At that point, the second teen ran up to the vehicle, trying to intercede. Lonewarrior Brealan said he assumed the teen had come from the other vehicle in the parking lot — Carl Bridgmon’s vehicle. Although he did not see a weapon, he assumed the second teen was armed as well. Lonewarrior Brealan told police he recalled letting go of the first teen and grabbing his own firearm, ready to defend himself and Smith.

According to Lonewarrior Brealan, he began firing at the teens while they were still attacking him, although court documents said that Bridgmon’s cellphone video conflicted with this statement. Upon seeing the amount of bullet holes in Bridgmon’s driver’s side door, both men assumed he was dead and drove away quickly.

Lonewarrior Brealan is currently being held at the Snohomish County Jail.