According to South County Fire spokesperson Leslie Hynes, at approximately 11:40 a.m. on Saturday, the South County Fire Department received a phone call that a housekeeper at the hotel had discovered a suspicious item in one of the rooms.

Multiple firetrucks from South County, Everett, Marysville and Snohomish Regional Fire, as well as a hazardous material team, arrived on the scene to secure the area. 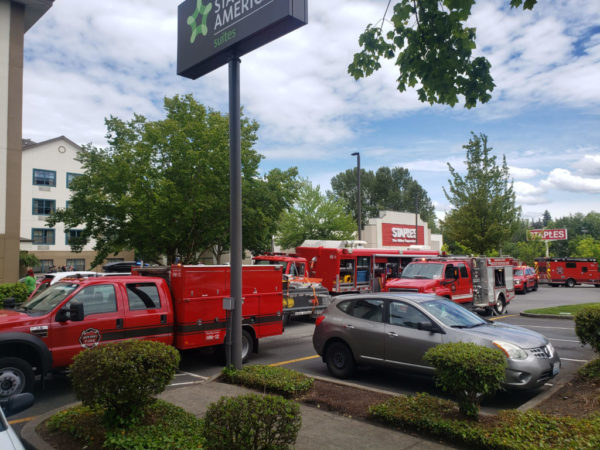 Hynes said the entire hotel was evacuated when the call came in, but most of the hotel’s guests have now been allowed back to their rooms.

The hazardous item has been isolated and the Lynnwood Police Department has taken over the investigation, Hynes said. More details will be provided when they are available.