French impressionist Claude Monet is known for painting the same subjects over and over, such as his more than 30 versions of haystacks at different times of days and seasons. Monet’s obsessions led him to dig deeply through texture and light to reveal all aspects of an ordinary haystack. Series writers are similarly obsessed with their characters, settings and stories.

To an author (and their readers,) great characters are real people. The popularity of Game of Thrones and Better Call Saul attests to this. Writers go into series projects in the hope of attracting a loyal fan base.

Sometimes a series happens by accident. When I wrote Breakfast With Neruda, it was supposed to be a stand-alone novel. It still is, but since then, my major characters started appearing in dreams to demand I tell more of their stories, which are continued in Blue Valentines, The Language of the Son, and an upcoming fourth book.

The key element to making any writing project work is passion; if you write with passion, your readers will read with passion. I’m not talking about Harlequin romance lust, though many fine writers write romances. What I mean is having affection for your characters and a devotion to their stories.

Romance author and Edmonds resident Jennifer Bardsley sets her romance series in Harper Landing, a fictional town for which she holds affection. She features a new set of characters in each book, but repeats some of the characters and locations from the town. Each of her Harper Landing books are stand-alone books, yet they’re joined by the author’s fondness for her subject.

Writers are story magnets, and if we are good listeners, strangers often share their heartbreaking, tender, funny, sad, incredulous, and authentic stories. My characters in Breakfast With Neruda aren’t real (except to my readers and me,) but their inception comes from an authentic place, allowing my imaginary friends to channel their stories through me. 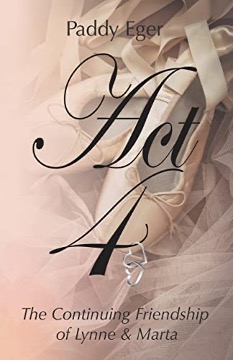 Edmonds-based YA author Paddy Eger is another example of an author falling in love with her theme. Recently Eger added a fourth book to what she believed was a historical YA trilogy. “After three books, I thought I was finished with Lynne and Marta, [characters from 84 Ribbons, When The Music Stops, Letters To Follow] I was wrong. They had more to say to me, so Act 4 was set in motion…[and] more of their story sent me back to them. [Lynne and Marta] were finally ready to step into adulthood with all its added responsibilities and changes.”

If you’d like to know more about Paddy’s obsession with her ballet-themed series that takes readers back to the late ’50s, she and I will be in a head-to-head author conversation at Edmonds Bookshop on Art Walk Thursday, May 19, 2022. Stop in and say hello to meet us between 5-6 p.m., get a book signed, or tune in to the Facebook Live event from 6-7 p.m.

One can’t teach passion, yet if we pay attention to what ignites a fire inside us, we clue into what gets the engines going. What makes you glow inside? What makes you sad? Angry? Confused? Write about what matters to you. 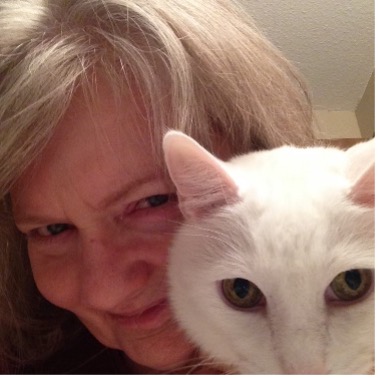 Laura Moe is the author of three novels and is board president of EPIC Group Writers. She is currently letting the draft of her fourth novel rest as she tackles adapting her series of novels for the screen.