During the week of May 17-23, there were 48,445 initial regular unemployment claims, down 65% from the prior week and 1,497,591 total claims for all unemployment benefit categories filed by Washingtonians, according to the Employment Security Department.

ESD said it believes the decrease was in large part due to significant fraud prevention measures that were put in place over the past two weeks.

Since the week ending March 7 when COVID-19 job losses began:

In Snohomish County, initial regular claims filed decreased from 15,028 to 5,675 down 62 percent from the week before.

“Our priorities from day one of this crisis have been to get benefits out to Washingtonians who need them quickly and expand eligibility so those impacted can get the help they need,” said ESD Commissioner Suzi LeVine. “In recent weeks, at the same time we have taken aggressive measures to tackle the increase of imposter fraud in our system, we have stayed laser-focused on helping every Washingtonian with a valid claim get the benefits they deserve. Meanwhile, our team continues to work with federal law enforcement to go after the criminals perpetrating the fraud, help the victims and recoup the money.

“The dramatic decline in initial claims this week is a strong signal that the additional steps we are taking to address imposter fraud are working. We’ve already recovered and stopped the payments of hundreds of millions of dollars in fraudulent claims in the past two weeks, and we will continue to reclaim every dollar we can.”

Below is a 12-week summary of statewide initial claims filed since the start of the COVID-19 crisis: 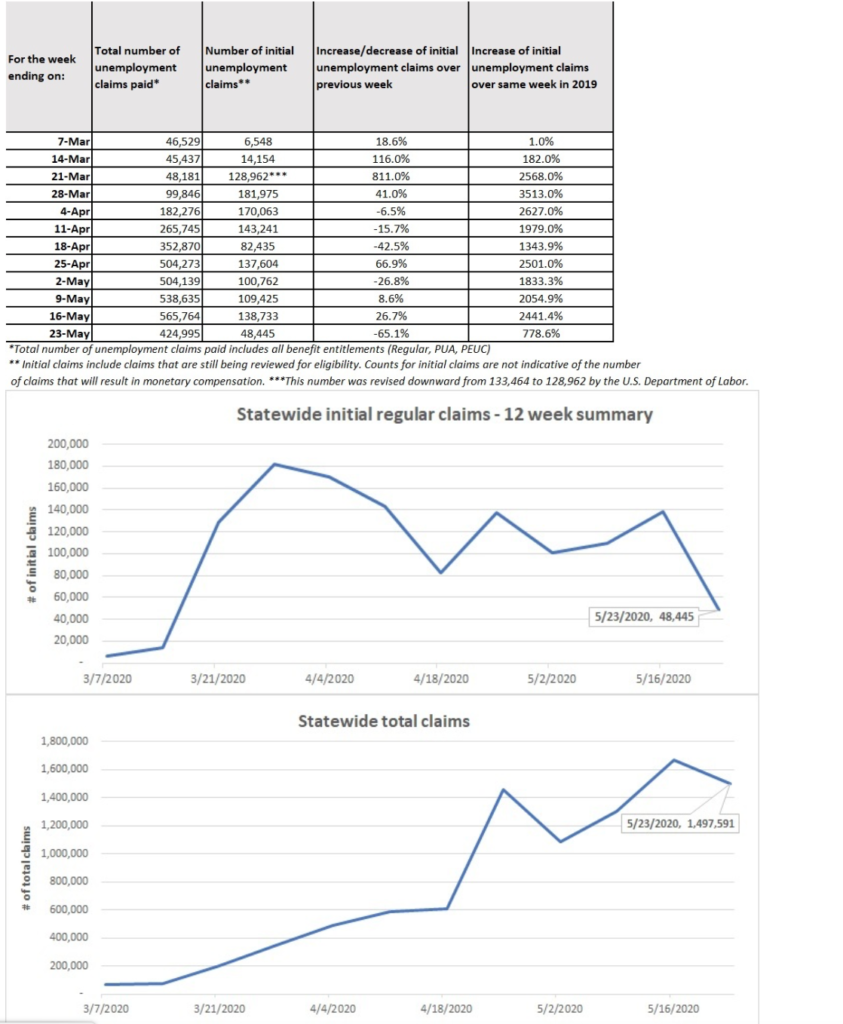 By industry
Industry sectors experiencing the highest number of initial claims during May 17-23 were: