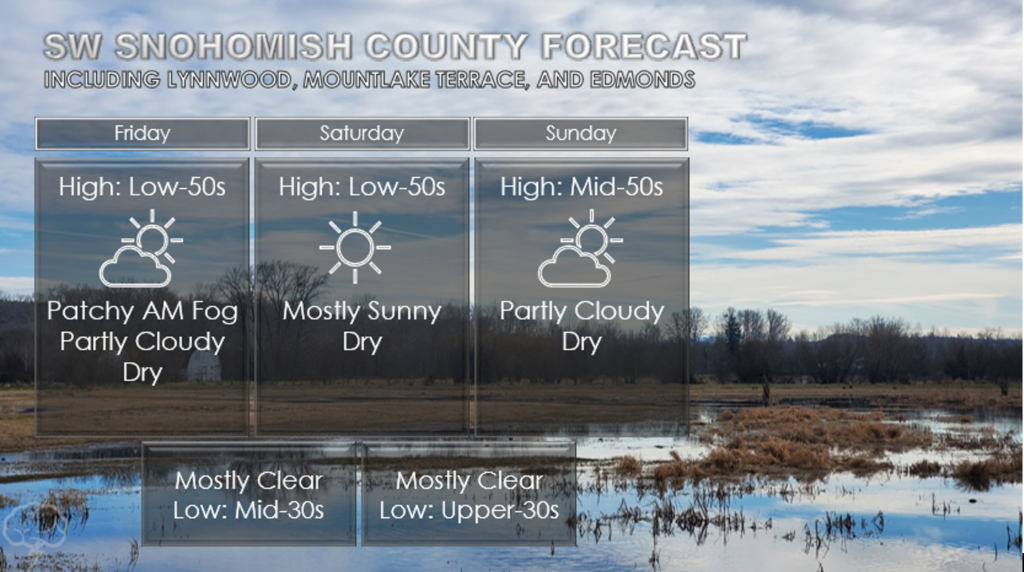 It seems like the month of February is just flying by—here we are, already approaching Valentine’s Day. At this point last year, we were about to see a blast of wintry weather. Anyone else remember our white Valentine’s Day? Below shows a picture that I took from Kirkland during that snowy event. 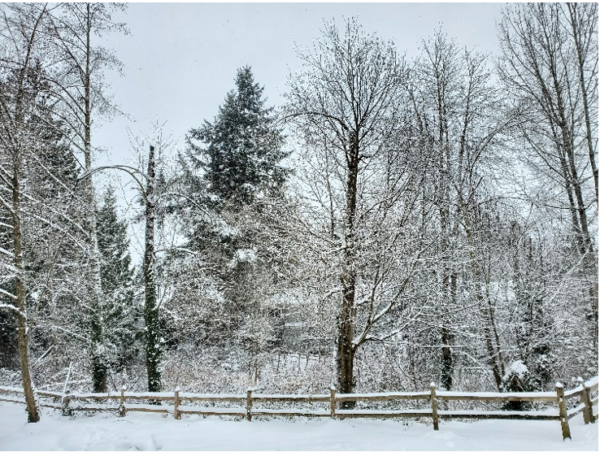 This year, however, a pendulum has swung and instead of a winter blast, we’re expecting an early taste of spring leading up to Valentine’s Day. More on that in a moment.

Thus far, the weather during the month of February has been very uneventful. We haven’t seen any major storms since the beginning of January. We’ve seen less than average precipitation for this time of year, with only about a third of an inch over the first 10 days of the month—the lowest amount since 2014. The normal value during that same timeframe is 1.1 inches.

Take a look at the graphic below, which shows the monthly averages for temperatures and precipitation over the course of the year at Paine Field. Notice how the month of February, on average, has less precipitation than January and March, sitting at 2.84 inches.

As I mentioned before, we’re expecting an early taste of spring-like weather over the weekend leading up to Valentine’s Day. This is due to that pesky upper ridge of high pressure that doesn’t want to budge. This ridge can be seen below in the model depiction for early Saturday. 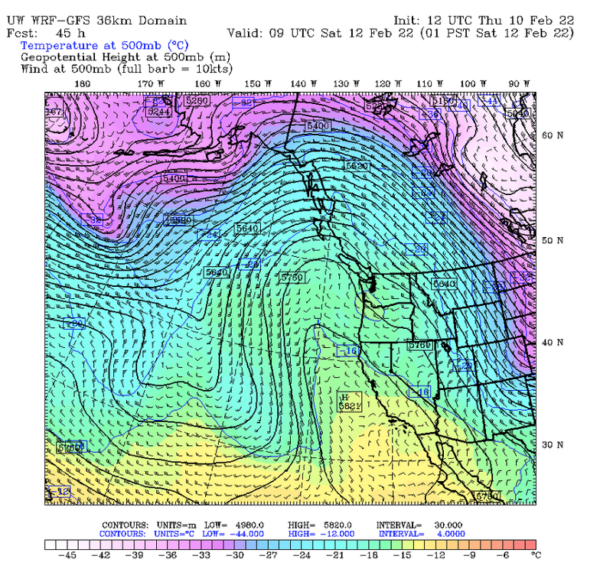 Essentially, this ridge blocks any incoming storms from reaching our region and sends them far north into Alaska and Canada. To see this, look at the model image below, which shows the total precipitation in the past three hours. This is at the same time as the image above. You can clearly see that rain is forecasted in the same area as expected. 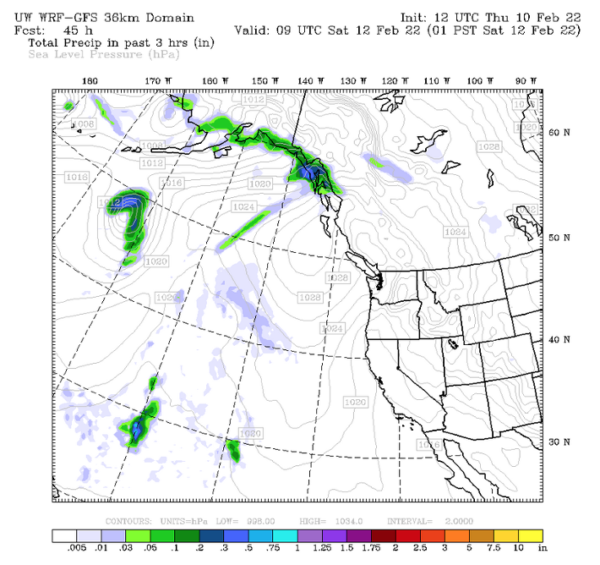 Our weekend, as a result, will be dry and mostly sunny. Saturday is looking to be the sunniest day at this time, while Sunday is looking to be a bit warmer. Temperatures for Friday and Saturday will be similar, with highs in the low-50s—a few degrees above average. By Sunday, the ridge begins to weaken slightly, which will allow some clouding up as the day goes on. Highs are still expected to be a couple degrees warmer than the previous two days.

With the ridge breaking down slightly, a weak system is expected to impact us Sunday night into Monday. Models are not super optimistic in terms of total amounts of precipitation, with less than a quarter of an inch expected. Regardless, Valentine’s Day will feature some of the most rain we will likely see in the next week. After this “storm”, the ridge is expected to reform, which will likely dry us out yet again for the rest of next week. Temperatures are also expected to return closer to normal next week, with highs in the mid-to-upper 40s. I guess we’re making up for a wet fall and start to winter.

Enjoy the nice weather this weekend and have a great Valentine’s Day! Love is in the air…even if the rain isn’t.