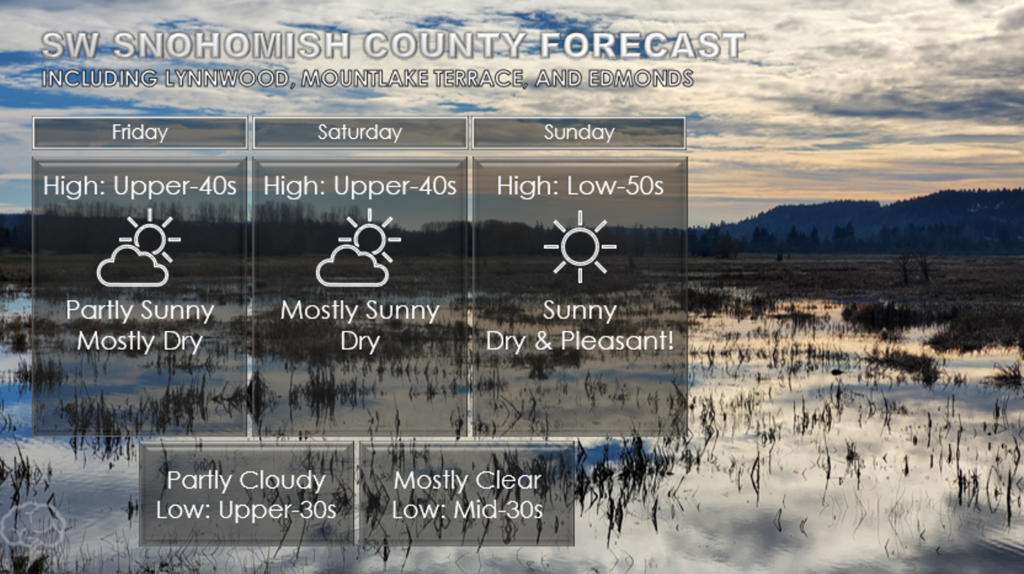 Our transition from meteorological winter to spring was definitely a wet one after the majority of February was dry. Here is a map showing rainfall totals over the past week, from Friday through Thursday, March 3. 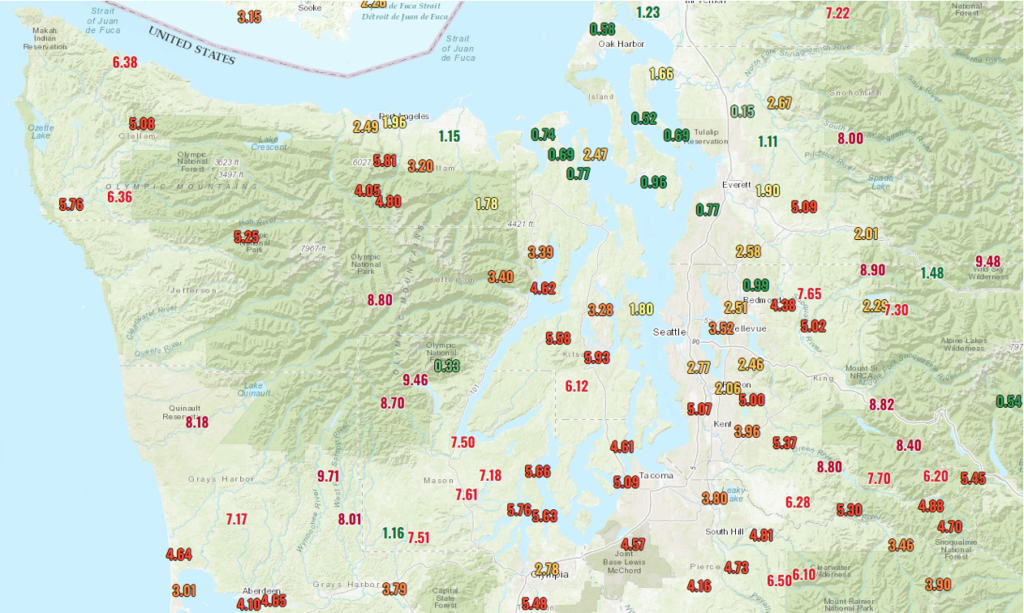 Over the past week, most locations in Western Washington saw several inches of rainfall. The Tacoma Narrows Airport saw 5.09 inches in that time frame—wow! As usual, foothills and mountainous locations tended to see the most rain. The bulk of the rain fell from Sunday into Monday, as we were impacted by an atmospheric river, which brought a lot of tropical moisture into our region. The rain just didn’t seem to let up, which allowed precipitation amounts to add up.

One thing to mention is that even though most areas saw several inches of rainfall, Paine Field only saw slightly over three-quarters of an inch. Why? The answer lies in the image below. Paine Field (KPAE) fell within the Olympic Rain Shadow at times during the event, meaning that it experienced times of lesser precipitation rates—or the rain stopped altogether. You can clearly see this phenomenon in the “donut hole” below. 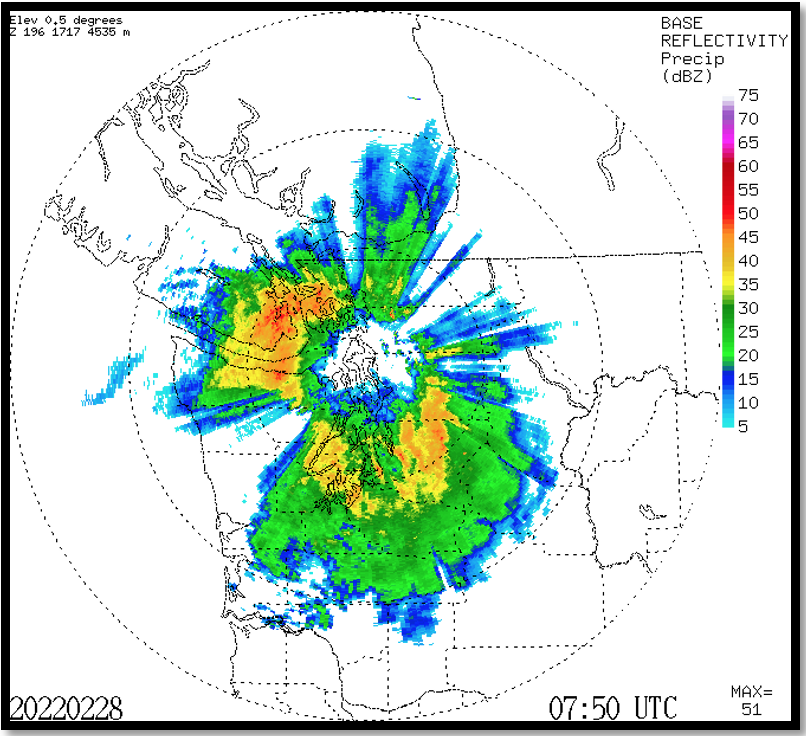 The new month has started out showery, but looking forward, we’re expected to dry out over the weekend and into the start of next week. Some models show a slight chance for a couple residual showers early on Friday, but if that actually happens, it’ll be quick and light. By Friday afternoon, we should be dry and will stay that way through at least Monday as an upper-level ridge builds over the area. High temperatures are expected to be in the upper-40s to low-50s. Sunday is looking to be the nicest day of the weekend, with the clearest skies and warmest temperatures expected. Monday looks similar to Sunday, with perhaps a few more clouds.

The next chance for rain comes Tuesday or Wednesday, but in the meantime, it’s looking absolutely gorgeous—get outside and enjoy it! Have a great weekend.