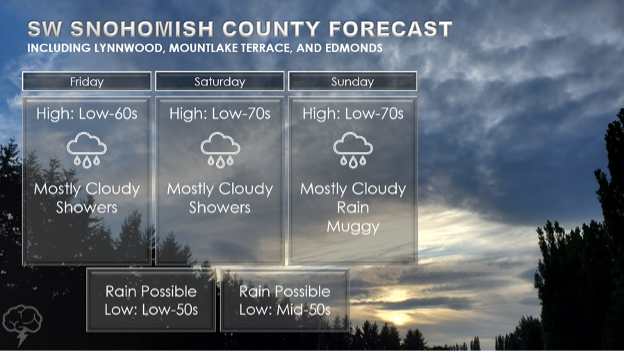 We’ve had our share of pleasant days over the course of the month thus far, but in our typical June fashion, we’ve also our share of not-so-pleasant days. Through June 9, we are sitting at 1.19 inches of rainfall at Paine Field. As you can see in the graph below, this is above the average at this point in the month—0.68 inches. 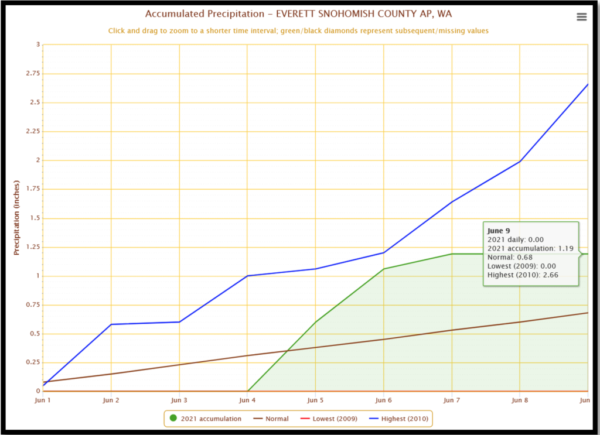 Saturday should feature some showers, but widespread rain is not expected for most of the day. A few sunbreaks are possible in between showers. Another system arrives later in the day Saturday as a plume of tropical moisture begins to impact the area. You can see this in the model below for Saturday night. 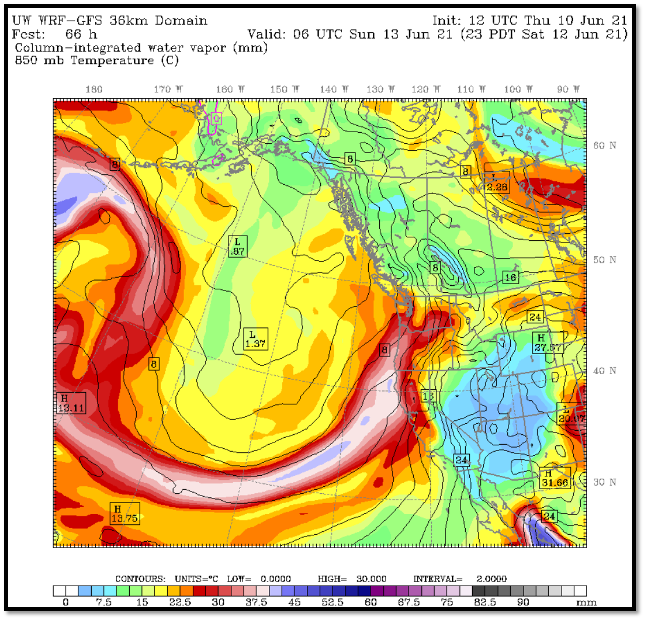 This phenomenon—called an atmospheric river—is much more common in the winter months than in June. The model above depicts column-integrated water vapor, which is the amount of water that would be in a column of atmosphere if all the water vapor was condensed into a liquid. Air in the tropics is moister and warmer, so this setup often brings warmer and more moist air into our area. As a result, the temperature and humidity on Sunday especially is expected to be much higher. The humidity will likely be more noticeable than the temperatures, however. 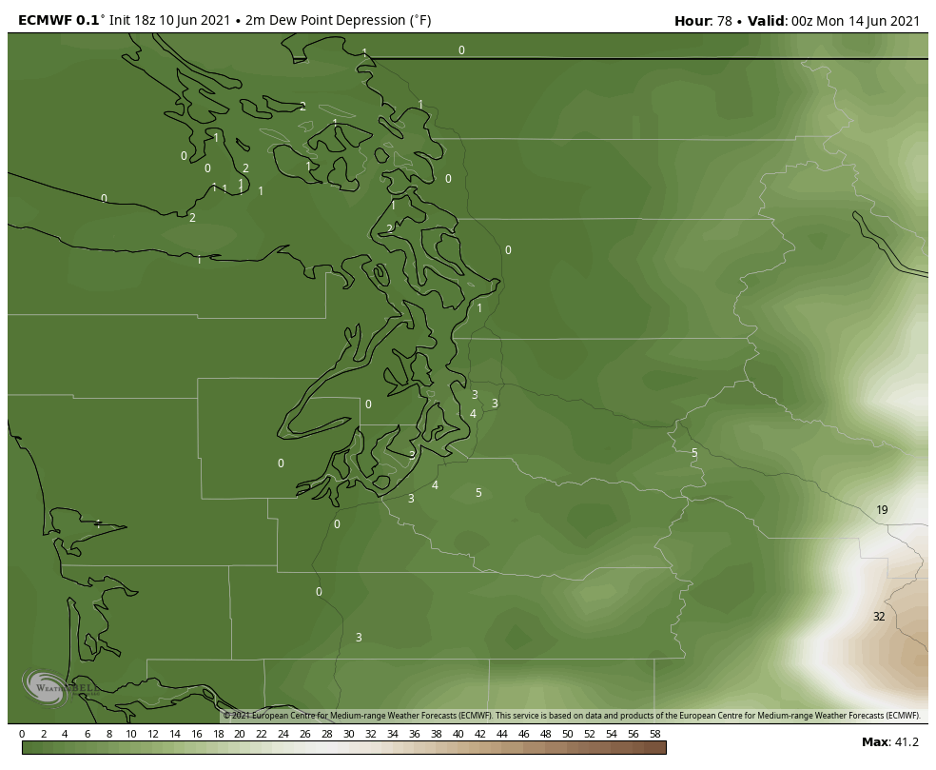 This moisture is out of the ordinary for this area, let alone for early June. In fact, it could potentially be record-breaking. The system arriving on Sunday has an abundance of moisture to tap into, and therefore, rain totals could be significant for this time of year, depending on where the heavier rain bands set up. In heavier bands of rain, ponding of water is possible. If driving in heavier rain, make sure to take precautions if there’s water on the roads or reduced visibility.

Looking ahead to next week, rain is possible again through the first half of the week. At this time, however, the second half of the week is looking nice as an upper-level ridge of high pressure moves over the area. This is not guaranteed as there’s still quite a bit of time between now and then, but it’s something to keep an eye on.

In the meantime, “Juneuary” is expected to be in full swing. Enjoy the rain while we still have it—our driest time of the year is fast approaching!